What and Whom Are Jewish Museums For? 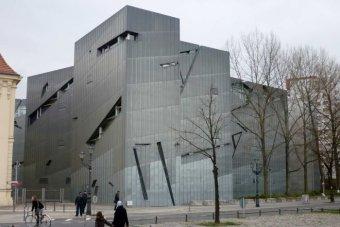 What is the role of a Jewish museum? Is it for the Jewish community, or those non-Jews around it? And must its leader be Jewish? These questions are swirling around the future of the Jewish Museum Berlin, one of the city’s most popular visitor attractions, after the abrupt departure last month of its director, Peter Schäfer.

He left after a string of controversies in which critics — including the Israeli government and the main organization representing Jews in Germany — said the institution had gone beyond its mission and become overly political.

In particular, a recent exhibition about Jerusalem was seen as pro-Palestinian and anti-Israel. Other controversial exhibitions from Mr. Schäfer’s tenure dealt with attitudes toward circumcision and women’s head coverings, among other themes. The museum, housed in a landmark zinc-clad zigzag building by the architect Daniel Libeskind, now finds itself caught between opposing sides as it seeks a new leader.

On the one side are representatives of Berlin’s Jews who say that under its previous leadership, the museum’s focus was not sufficiently Jewish; on the other are international scholars and museum professionals who praise the institution for its willingness to serve as a place for dialogue on issues of identity in an age of growing anti-Semitism across Europe.

A search committee for a new director, led by Germany’s culture minister, Monika Grütters, is seeking “an internationally experienced museum professional,” to develop the institution, the museum said in a statement. Mr. Schäfer, though a highly respected scholar of Judaism, had no prior experience leading a museum before taking the position in 2014. He was also not Jewish.

The question of whether only a Jew can lead a Jewish museum is a fraught topic that has come up repeatedly in discussions at the Association of European Jewish Museums, said Abigail Morris, the director of the Jewish Museum London.

“It’s hard in European Jewish museums, getting the balance right between who is the museum for and who it should represent,” said Ms. Morris, who is Jewish, in a telephone interview. “In countries where the Jewish population has largely been murdered, it’s particularly acute.”

The choice of a new director in Berlin will be scrutinized for indications of the future direction the museum will take, in a country where anti-Semitic attacks are on the rise. The far-right Alternative for Germany party, which has seats in the German Parliament, has also begun questioning the commitment to a tradition of historical remembrance of the Holocaust, considered for decades an unquestionable cornerstone of German democracy.

Across Europe, in Paris or Amsterdam, Jewish museums present cultural history in the context of the values and dynamics of their societies, with references to the past, while creating context for the present. The London museum’s mission statement, posted prominently on its website, is to “raise vital and topical subjects: identity, migration, heritage, but do so with a light touch.”

But Germany’s history means that there is always the shadow of the past and the need to show that Jews are protected, at the same time as their culture and role in the country are presented. This makes it more difficult for a Jewish museum here to take on contemporary issues, said Irit Dekel, a sociologist who studies memory politics and representation of Jews, migration and ethnicity in Germany.

“Guilt is not a forward-looking sentiment,” Ms. Dekel said.

The debate in Berlin also comes at a time when museums around the globe, regardless of their specialty, are also reconsidering the role they should play in society, amid debates on decolonialization, digitization and cultural diversity.

Against this backdrop, the Jewish Museum Berlin museum’s popularity — it attracts some 650,000 visitors annually — shows the public’s satisfaction with its direction of travel, said Barbara Kirshenblatt-Gimblett, a professor of performance and Jewish studies at New York University.

Starting in 2001, when it broke away from Berlin’s main municipal museum, the Jewish Museum widened the scope of its mission beyond the borders of the city. While most Jewish museums in Germany are run by the cities where they are, such as Frankfurt and Munich, the museum in Berlin is a foundation that is charged with ensuring its independence. The federal, not local government, contributes the majority of its annual budget of 15 million euros, or about $17 million.

Envisioned as part of the German capital’s wider cultural landscape of confronting and memorializing the crimes of the Nazis, along with the Topography of Terror documentation center and the city’s vast Holocaust Memorial, the museum’s mission includes exploring Judaism and its role in the world beyond Berlin.

Among the sharpest critics of the museum in recent months, however, has been the Central Council of Jews in Germany, which is based in Berlin. Josef Schuster, the council’s president, said in a telephone interview that the museum had become too political, in particular an exhibition about Jerusalem perceived as overtly pro-Muslim. That exhibition, which closed in April, was also condemned by the Israeli government.

“The Jewish Museum Berlin represented positions that were not representative of those held by the majority of Jewish people in Berlin,” Mr. Schuster said.

The dissatisfaction with the museum came to a head last month over a post on social media. On Twitter, the museum’s account promoted as a “#mustread” a newspaper article critical of a motion passed by the German Parliament condemning the boycott movement against Israel, or B.D.S., as anti-Semitic. The ensuing outcry proved too damaging to Mr. Schäfer.

Mr. Schuster would not say directly whether he thought the next leader of the museum should be Jewish, saying only that “it is not a requirement.” Last month, however, he told the Berlin daily newspaper Die Tageszeitung that “a Jewish director certainly wouldn’t be bad.”

Museum professionals, both Jewish and non-Jewish, insist that it should not be an issue, and instead emphasize the importance of finding an individual who can listen to all sides, manage a large team and navigate a tricky political terrain.

Directors are appointed for five-year terms, and Ms. Grütters said the commission hopes to name a successor to Mr. Schäfer in the first half of 2020, at the same time two major projects started under his tenure are scheduled to open: a revamped permanent exhibition and a new children’s museum.

Even as its future is being debated, hundreds of tourists from around the world line up daily to wait for their turn to pass through the metal detectors before entering the museum, which features temporary exhibitions on photography and the Hebrew alphabet.

“How to explain why there is such enormous interest in the Jewish Museum Berlin? It cannot be chalked up to its architecture. People could come and look around and leave, but they don’t,” said Ms. Kirshenblatt-Gimblett, who is also a curator for the Polin Jewish museum in Warsaw and has worked as a consultant on the Jewish Museum Berlin’s new permanent exhibition. “They come to exhibitions, come to debates, lectures.”

“I would argue it is because it is relevant,” she said. “They should be encouraged and supported in opening up wide debate on issues that really matter to contemporary society, whether one agrees with the speaker, or every aspect of a particular exhibition.”