West vs Russia: the Clash of Narratives 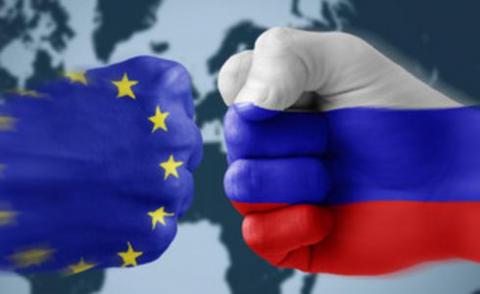 On January 14, Germany’s Foreign Minister Frank-Walter Steinmeier gave his inaugural speech to the Organization for Security and Cooperation in Europe (OSCE), which Berlin will chair during 2016. Steinmeier had one message. “Renewing dialogue, rebuilding trust and restoring security are our priorities for this year,” he stated. The audience knew which country he was talking about. But not once in his speech did Steinmeier refer to Russia by name. Steinmeier’s role isn’t enviable, particularly as some OSCE members believe he still hankers after Germany’s Cold War–era policy of Ostpolitik, which would revive the special German-Russian relationship at the expense of some of Germany’s allies.

And Steinmeier has to promote the OSCE. The organization is not widely known, even though it is playing a crucial role in trying to monitor and maintain a ceasefire in eastern Ukraine. It also remains one of the few forums that brings together NATO members, the former Warsaw Pact states, and all former Soviet Union countries.

This offspring of the Cold War was established in 1975, when the two ideologically competing blocs—NATO and the Warsaw Pact—signed the Helsinki Final Act in an effort to improve relations. The OSCE’s emphasis on human rights provided dissident movements and individuals throughout Soviet-dominated Eastern and Central Europe and in the Soviet Union itself with a legitimacy to oppose their governments.

Since the fall of the Berlin Wall in 1989 and the subsequent unification of Europe, the OSCE has gone through many crises, most of them related to Russia. Divested of its empire, Russia has had successive leaders who have questioned the OSCE’s intentions, especially its emphasis on human rights and the status of the lands between the EU and Russia.

It is these lands—Georgia, Moldova, and Ukraine (and, to a lesser extent, Belarus)—that Russia does not want to be contaminated by the West. Russia’s blitzkrieg in Georgia in 2008, its annexation of Crimea in March 2014, and its subsequent invasion of eastern Ukraine confirmed Moscow’s unwillingness to let these countries choose their own political direction.

No wonder there is a deep crisis of trust and confidence in most European countries toward Russia. And because of this, Steinmeier argued that it was time to try to renew some dialogue and trust with Russia through the OSCE. On what basis? If he believes Germany can go back to the old days of Ostpolitik, through which engagement and cooperation with Russia would bring the country closer to Europe, this is a naive assumption.

Ostpolitik was a policy that ignored the aspirations of Germany’s Eastern neighbors. It was also a policy that weakened, not strengthened, the transatlantic relationship because of the way in which Germany wanted to forge a special economic and political bond with Russia. And it was a policy that ignored the security needs—if not the security vacuum—among Germany’s Eastern neighbors, as confirmed by Russia’s invasion of parts of Ukraine. In his OSCE speech, Steinmeier referred to the Panel of Eminent Persons that was set up during 2015 to consider what could be done to strengthen European security and improve relations between the West and Russia.

The panel’s final report is revealing. Instead of woolly, diplomatic language, it spells out two competing narratives of what has taken place in the relationship between the West and Russia since the fall of the Berlin Wall in 1989. There is no meeting of minds. After the fall of Communism, the West, according to its narrative, “aimed to build a strategic partnership with Russia that would include close co-operation with, if not integration in, [the] Western institutions.” The view from the West is that NATO and EU enlargement did not follow a Western plan to encircle Russia. “It came about because large majorities in many of the newly-independent states wanted to return to the democratic family.”

In Western eyes, Russia gave up on democracy and modernization and cooperation with the West. “It has also abandoned any pretense of playing by the rules, including respect for the political independence of sovereign states and the principle of not using force to change borders. As a result, Russia’s definition of its security today means insecurity for its neighbors.” The Russian narrative rejects that view. “The West systematically took advantage of Russia’s weakness,” the report states. “The West talked of co-operation . . . but believed in Russia’s perennial aggressiveness or/and weakness.”

Moscow’s version of events is that “under the slogan of promoting democratic values eastwards the West continued to expand its institutions at the expense of Russian security interests.” And for Russia, the West pursued a policy of regime change in the Middle East, “ending in profound destabilization, civil war and refugee flow.”

The differences among the panel’s participants were so great and acrimonious that the Russian delegate, Sergey Karaganov, wrote a letter of disagreement that is included in the final report. “The paper is basically an old Western one in substance, in logic and in recommendations,” he wrote. Actually, the paper is an unusually strong defense of the reunification of Europe after 1989 and the right of the lands between the EU and Russia to choose their own paths. That is what deeply unsettles Russia and undermines the security of these countries.