West disunited as ever 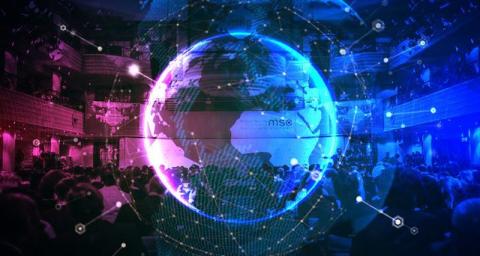 Westlessness” was the theme of this year’s Munich Security Conference — a punning nod to the self-doubt now afflicting the hundreds of bigwigs who at this time of year fill the ornate rooms of the Bavarian capital’s grandest hotel with seething huddles of intrigue, gossip and showing-off.

Protected by snipers and bomb barriers, ferried around in armoured limousines with police escorts, toting small bottles of hand sanitiser issued by the hosts, these are the people who run the world (or in my case write about it).

Alienation at home and fragmentation abroad make their gloom (and guilt, one might hope) all too justified. The broad western idea that political freedoms under the rule of law bring prosperity and good government is challenged by the Chinese leadership, which believes in none of those things and runs a thriving, bullying superpower; autocrats elsewhere note this with interest and admiration. The nations of the “old West”, the transatlantic alliance, are in particular trouble: divided and demoralised.

The Trump administration’s incoherence was on vivid display. Mike Pompeo, the secretary of state, assured us that the West was in great shape. Indeed, it was “winning”. Nobody tries to escape poverty and misrule by fleeing to Iran or Cuba, he argued (the US record on refugees and migrants did not feature in his speech). But immediately afterwards, his enemy and colleague, the defence secretary, Mark Esper, gave a brutally different message. The US was in an existential struggle with the Chinese Communist Party. Allies who did not help (he explicitly mentioned Britain) would pay a heavy price.

This message from Washington is not a partisan one: the tough policy on China was firmly endorsed by Nancy Pelosi, the top Trump-basher in Congress. The House Speaker was part of a record delegation of more than 50 US lawmakers — a startling turnout for an election year.

And that was just the Americans. President Macron of France lounged in the limelight during an extended, bilingual Q&A session, infuriating east Europeans and even Germans with his desire for a French-led reset with the Kremlin. Ukraine’s president, rudely consigned to a side-room, outshone Russia’s foreign minister, who snarled on the main stage. Leaders of countries that rarely speak (Armenia and Azerbaijan, Kosovo and Serbia) shook hands. Even North Koreans would be welcome if they chose to attend, said the conference’s preternaturally calm director, a retired German ambassador called Wolfgang Ischinger. Maybe next year.

“Westlessness” is easily overstated. A young Ukrainian official, fizzing with optimism, spoke insistently of her country’s “westfulness”. But “UKlessness”— coined in a plaintive tweet by the organisers — was all too real. Britain used to be centre stage. Boris Johnson memorably incensed the conference by calling Brexit Britain’s “liberation”. People from countries where real liberation from foreign occupation is recent memory found that in bad taste, and harrumphed mightily. This year, even a whipping boy from Britain would have been welcome. Represented undetectably by a sole, new, junior minister, our government had effectively vanished from the world’s most important security shindig.

It is easy to mock such gabfests. The hype, spin and self-importance can be comical. Money talks, while power-politics play out ruthlessly; don’t expect to see anyone from Taiwan on stage, or anywhere. Participants are too pale, male and stale. Britain’s place in the world is not seriously dented by, officials insist, the unfortunate coincidence that the cabinet reshuffle upset ministers’ travel plans.

Britain after Brexit will have to work harder to get its message across and to be part of international debates and decision-making. Conferences like Munich are part of that. But the real question is not why British government representatives stayed away, but what they would have said had they come.

One big issue, for instance, was the digital superpowers — the tech giants whose ad sales, search engines and social media platforms shape (and all too often distort) public debates and political processes. Once a taboo, legislation is now in the works. Silicon Valley’s schmooze machine was in overdrive. Facebook’s Mark Zuckerberg, gently grilled on the podium, insistently expressed his desire for regulation. Understandably so: outsourcing difficult decisions will save his company money and grief. The European Union is developing one approach on this, the US another. A joint transatlantic effort would work best, individual national efforts least well. So what do we think? A year ago, British MPs were in the forefront of international efforts to curb the spread of disinformation. Now they are silent.

On a continent that looks increasingly leaderless, outsiders matter more. Pompeo announced $1 billion (£770 million) in support for the Three Seas Initiative, a US-backed project aimed at countering China’s burgeoning influence in the region between the Baltic, Adriatic and Black Sea. Is Britain on board? We don’t know. Germany’s president, Frank-Walter Steinmeier, filling the gap left by his country’s ailing government, opened the conference with a bracing call to his compatriots to drop their neuroses and play a practical and constructive role abroad, with “realism and curiosity, occasionally also a touch of humility”. I felt his words could just as well have been directed to us.