West and Russia at the peak of escalation 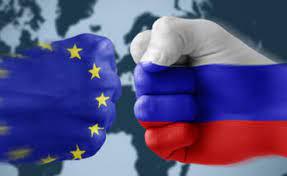 By announcing a foreign war, U.S. President Joe Biden has chosen a winning strategy. If there is a war, he will be proved right. If it doesn’t happen, it will be because he managed to pull off the feat of stopping his Russian counterpart Vladimir Putin in his tracks. What’s more, he will have done so without making concessions on key issues, and—crucially for Biden—in accord with U.S. allies, in the name of a unified West.

Of course, it would be a better outcome for Biden if there is no invasion. That would show him and the West as strong enough to stop an aggressor. But if there is a Russian invasion of Ukraine, the strongest response the West can permit itself will seem insufficient to many, and disproportionate to such an extreme event. This is one reason why impending aggression is being spoken of with such certainty. The more inevitable it is described as, the more of a success any other outcome will appear to be.

In the West, an invasion truly does look probable, judging by the flurry of diplomatic activity and unprecedented note of alarm in statements by leaders of influential states. It’s hard to imagine they would put on such a show without serious grounds, simply to tarnish Russia’s reputation. After all, it’s not just the United States and UK devoting their time and attention to the issue, but the leaders of France and Germany too, who are usually reluctant to cast aspersions on Russia simply for the sake of it.

It’s also very probable that at some point last year Moscow really did fear that Ukraine would use force to regain control of its breakaway Donetsk and Luhansk regions, emboldened by Biden’s electoral victory, Azerbaijan’s successful operation to retake Karabakh, and Kyiv’s acquisition of new weapons, such as Turkish Bayraktar drones. And so Moscow issued a warning signal by massing troops close to Ukraine in spring of last year.

It quickly became clear that this was very effective as an instrument of hard diplomacy. A series of intensive, unscheduled communications between the new U.S. administration and the Kremlin ensued, culminating in a presidential summit, which would have been a long time coming without the tension on Ukraine’s borders. Russia moved from the periphery of the new administration’s agenda to its center.

Having achieved moderate results through a moderate, short-term concentration of troops, the Kremlin decided to maximize the efficiency of this new tool. Russia had long had a list of complaints that the West had ignored, refusing even to listen and dismissing them as having no prospects. Now Russia had found a way of eliciting a reaction: not just massing its troops close to Ukraine, but doing so in battle order and in the right composition to convince military experts they were seeing preparations for an invasion.

Extreme measures, however, require impressive results. Removing the threat of war without having achieved any convincing results would mean that another time, the threat of force won’t work as leverage. For now, the most obvious result is the unique intensity of the diplomatic contact. But there is another one: the start of a conversation on some topics that were previously not up for discussion.

During this contact, Putin has given the appearance of someone who would be satisfied with any of the possible outcomes. Either this hard diplomacy will result in convincing victories, or it will pave the way for Russia to guarantee its security using whatever means it considers necessary. It’s possible that those means may include actions relating to Ukraine.

In all their recent public statements, Russian officials have stubbornly come back to two points: that at the foundation of the current Ukrainian regime lies a coup d’état, and that Ukraine is not implementing the Minsk agreements. These two leitmotifs represent the choice on offer: either the regime must legitimize itself in Russia’s eyes by implementing the legal Minsk agreements, or Russia will solve the issue of an illegitimate government in a neighboring country itself.

Ukraine and the West have punished Russia with sanctions, trying to show pointedly that it’s worse to be the aggressor than the victim. Putin, meanwhile, has made the role of victim an incredibly destructive one for Ukraine. The art of the Russian president’s beloved judo consists of using an opponent’s move against them. Ukraine cannot demonstrate the advantage of democracy and rapprochement with the West or successfully develop while at the same time being a country that might be invaded at any moment. Biden has his own judo mindset, and is trying to use Putin’s move against him: it’s also impossible to develop and flourish as a country poised to attack another one.

One possibility that can’t be ruled out is that Russia may not manage to secure the diplomatic result it wants, or resolve to use force, but will turn a combat-ready army close to Ukraine into a permanent or at least regular source of threat that will damage Ukraine more than Western aid will benefit it. This would also keep the West in a state of tension, and ultimately force Ukraine and the West to adopt a more flexible approach. Russia is prepared to play the long game.

Those who believe that sanctions could prevent Russia from invading Ukraine or punish it for doing so need to understand that the most hawkish part of the Russian leadership is not opposed to Western sanctions against oligarchs, banks, companies, national debt, and so on. For the hawks, the ideal scenario would be a sovereign socioeconomic autarky, the end of ties with the West, the complete sovereignization of the elite, and the substitution of everything possible, even if that requires assistance from friendly China.

To maintain his grip on power, Putin has never identified with only one group within his regime, but as domestic and external circumstances make one group stronger, that will shift his personal balance in favor of the stronger group. Sanctions will boost the position of the pro-war faction, as history has shown.

Regardless of its desire to contain or punish Russia, the West will find it much easier to deal with a Russia that almost invaded Ukraine than a Russia that actually did so, and the hawks in Russia know this. Biden has rebuilt Western unity upon the foundation of preventing aggression, and an invasion would divide it once again—as would recognition by Moscow of the self-proclaimed Donetsk and Luhansk people’s republics (DNR and LNR). Recognizing the independence of the breakaway territories would change the status quo on the ground, but would be less devastating than an invasion. It would mean Moscow’s withdrawal from the Minsk agreements aimed at ending the conflict in eastern Ukraine, which Russia accuses Ukraine (and the West) of having failed to implement.

In contrast with a military attack against Ukraine, recognition of the DNR and LNR would not be the worst outcome of the crisis, but for Russia, certainly, it would be one of the least constructive, since it would shut down any discussion of its key demands. If that discussion is already declared dead, that would be another matter.

The extreme escalation on the ground has changed the issues seen as fundamental. For the West, the biggest priorities now are Ukraine’s territorial integrity, at least in its current form, and its right to choose its allies and its own government. The issues previously seen as priorities—medium-range missiles in Europe, arms control, the Minsk agreements, and Russia’s concerns for its own security—have been pushed to one side in talks.

It’s worth remembering that the current crisis began with the unexpected publication by Moscow of confidential correspondence from the German and French foreign ministers, aimed at exposing their unwillingness to implement the Minsk agreements together with Ukraine. It could end with more detailed confirmation of their implementation, including the articles that Ukraine finds most objectionable.

But the West can’t decide whether it’s enough to save Ukraine, or whether it needs to emerge from the crisis as the absolute winner, i.e., having made no concessions, even on the implementation of the less agreeable parts of the Minsk agreements, which were signed by representatives of Russia, Ukraine and the West back in 2015. In its negotiations with mobilized Russia, the West isn’t just fighting for Ukraine’s security, but for the status of absolute victor in the Cold War: a status that Russia is now challenging using force. Herein lies the cause of Western intransigence, or, as Russian Foreign Minister Sergey Lavrov described his meeting with his British counterpart, “a conversation between the blind and the deaf.”