War in Ukraine: no time to hesitate 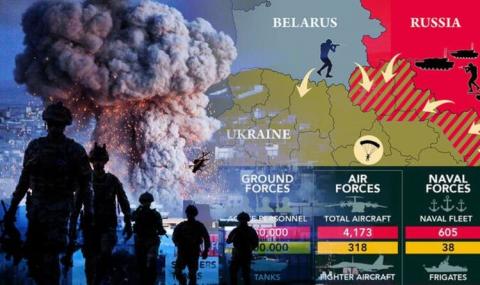 History is littered with nations that launched wars in the expectation of a quick and painless victory, only to bog down in a conflict far more protracted and far less successful than anticipated. Think of Napoleon in Spain and Russia, Germany in World War I and II, North Korea in the Korean War, Iraq in the Iran-Iraq War, the United States in Afghanistan and Iraq.

Once the initial spasm of optimism faded, these conflicts all turned into wars of attrition in which the side that could endure and inflict the most punishment prevailed.

The Russian invasion of Ukraine, now more than 100 days old, has followed this pattern. Russian dictator Vladimir Putin gambled on a bungled blitzkrieg toward Kyiv that failed. In those heady, early days, the world marveled at Ukrainian heroism, symbolized by the troops who responded to a Russian demand for surrender with the immortal words: “Russian warship, go f--- yourself.” Pictures of Ukrainian tractors dragging captured Russian tanks become an Internet sensation.

But despite suffering heavy losses of men and material — the Pentagon has estimated that Russia has lost about 1,000 tanks — Putin has not ended his evil invasion. He merely downsized it. In mid-April, he redirected his forces to focus on the Donbas region of eastern Ukraine. By massing their artillery, the Russians have made life “hell” for Ukrainian troops in this sector. President Volodymyr Zelensky says the Russians are killing as many as 100 Ukrainian troops a day and wounding up to 500 more. The invaders control about 20 percent of Ukraine — an area larger than the Netherlands.

Putin reportedly calculates that he can still win the war by waiting for the will of the West to erode, and there are many in the West who have given him encouragement. Former secretary of state Henry Kissinger suggests that Ukraine must cede territory for peace, and French President Emmanuel Macron insists that Russia must not be “humiliated.” Meaning Putin should be rewarded for his unlawful aggression?

This is the counsel of despair, and it is divorced from the facts on the ground. A recent poll finds that nearly 80 percent of Ukrainians say their country is moving in the right direction, and many Ukrainian refugees are returning home.

The battlefield picture is grimmer than a month ago but far brighter than three months ago. Yes, the Ukrainians have lost some ground — but they have also regained ground. They have driven the “orcs,” as they call the invaders, out of northern Ukraine and are retaking villages in the south. Ukrainian troops have even reclaimed part of Severodonetsk, a city in the far east that had looked lost a week ago.

While the Russians continue “to make incremental, grinding, and costly progress in eastern Ukraine” (to quote the Institute for the Study of War), they have not come close to encircling Ukrainian troops or breaking their will to fight. Russian forces, by contrast, continue to suffer from incompetent leadership and low morale — which helps to explain why they don’t advance until artillery has pulverized everything in their path. Ukraine still has far more forces, with 700,000 troops facing fewer than 200,000 invaders, and its arsenal continues to improve with deliveries of Western weapons.

President Biden has generally done an excellent job of supporting Ukraine. He has expertly marshaled allies and persuaded Congress to provide $54 billion in aid since the invasion began. And he has been right to avoid getting embroiled in direct combat with the Russians; hence his refusal to declare a no-fly zone. But he is still hobbled by excessive caution in the provision of aid.

For months, the Ukrainians have been begging for multiple launch rocket systems that would allow them to neutralize Russian artillery. Finally, last week, Biden agreed to supply M142 High Mobility Artillery Rocket Systems — but only four of them. Sorry, that won’t cut it. While allies are plugging some gaps (Germany is promising to send its IRIS-T air defenses), Biden still refuses to supply the Patriot long-range air-defense systems or the fighter aircraft (MiG-29s or, better, F-16s) that Ukraine desperately needs. He also refuses to do anything about the Russian naval blockade of the Black Sea, which is strangling Ukraine’s economy.

Biden would do well to remember the Powell Doctrine, formulated by the late secretary of state Colin L. Powell. He counseled against getting involved in “halfhearted half-wars” and argued that when the United States uses force, it should do so with overwhelming might to win. The same doctrine should apply to military assistance: Instead of offering Ukraine just enough aid to avoid being defeated, we should be providing such overwhelming support that it can win the war (meaning, liberate most of the territory lost since Feb. 24). Ukraine shows no sign of tiring of the struggle. Neither should we.