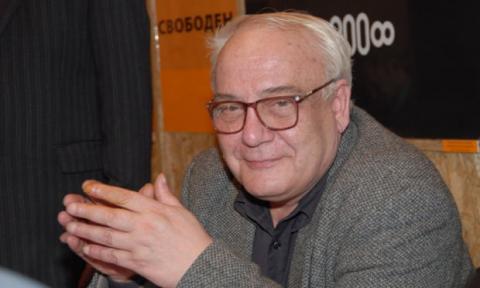 Vladimir Bukovsky, who has died aged 76, was a Soviet dissident, Vladimir Putin critic, and human rights campaigner. He exposed the Soviet use of psychiatry against political prisoners and thus played a key role in undermining communism in eastern Europe.

Bukovsky was always modest about his achievements. He once said that it was the stupidity of those who ruled the Soviet Union that brought about its downfall. And yet together with a small group of fellow dissenters – he put their numbers at between 3,000 and 5,000 – in the 1960s and 1970s Bukovsky managed to chip away at Soviet power. He spent 12 years in a succession of prisons, labour camps and psychiatric hospitals. The KGB was his sworn enemy. They hated him and he hated them. Eventually, in 1976, they threw him out of the country.

Bukovsky likened his struggle against the Kremlin to that of a Siberian bear who repeatedly climbs a tree to get to a piece of carrion. In the way is a large, heavy block of wood. The bear swats the wood aside and is bashed on the side of the head. Enraged, he hits the wood harder, with a more painful result. Eventually the bear falls unconscious from the tree. “This is an approximate description of my relations with the powers that be,” he wrote.

Still, sometimes the bear won. It was Yuri Andropov – the KGB boss and future head of the politburo – who drew up a secret plan to use psychiatric facilities to “treat” dissidents. It was based on Nikita Khrushchev’s belief that anti-Soviet consciousness was a mental disease. Political opponents including Bukovsky were detained without trial. There was no appeal. They were injected with psychotropic drugs.

It was Bukovsky who brought this abhorrent practice to the attention of the west. The campaign to end it became a demand from human rights groups during the cold war. The Soviet Union eventually dropped this state policy. Bukovsky unmasked the role played by doctors and Soviet medicine, and delegitimised those at the top who gave them orders.

Bukovsky later transferred his antagonism to other Soviet and Russian leaders, in particular to Putin, of whom he said, “I think he’s evil.” He was pessimistic about Russia’s future. The KGB was still in charge of a country which, he predicted, was destined to implode. But he took pride in the post-communist liberation of eastern Europe. Of Poland, the Czech Republic and Hungary he told me: “There we achieved something.”

Bukovsky described his stubborn character as something given by nature. He was born in the Urals, in the autonomous republic of Bashkiria (now known as Bashkortostan). His parents, Konstantin and Nina, both journalists, had fled the German advance and returned to Moscow after the war finished. Bukovsky grew up in an overcrowded communal flat where his grandmother read him stories: Alexander Pushkin, Nikolay Nekrasov, the Brothers Grimm.

His rebellion began early. At the age of 10, in March 1953, Bukovsky watched from the rooftop of the National hotel in Moscow as crowds pushed and surged to see the body of Stalin lying in state. At school Bukovsky had been taught that Stalin was a god. And yet the god was dead. This was a contradiction. Bukovsky’s conclusion: he should think for himself and mistrust all authority.

His adolescence coincided with a turbulent period in Soviet politics. In 1956, when Bukovsky was 14, Khrushchev admitted before the 20th party congress that Stalin had killed millions of people. Another turning point came the same year when Soviet tanks crushed the Hungarian uprising. Bukovsky was in total sympathy with his Hungarian peers fighting on the streets. “We wanted the same thing in Russia,” he told me.

His first act of defiance was to start a school literary magazine. In 1960 he and two friends began poetry readings, previously forbidden, in front of a statue of Vladimir Mayakovsky. These gatherings became popular; the KGB, Bukovsky noted wryly, were forced to read Boris Pasternak, Osip Mandelstam and Nikolay Gumilyov. Bukovsky was summoned for questioning. His parents, orthodox party members, were dismayed. Moscow University chucked him out.

Then, in 1961, the KGB arrested Bukovsky for the first time. It was the beginning of a long odyssey through the Soviet punishment system. He was in pre-detention at Lefortovo prison and was then carted off to Moscow’s notorious Serbsky institute for a psychiatric evaluation. Inside, Bukovsky discovered other political prisoners. Doctors told him his conflict with society meant he was crazy, a paranoiac. He politely demurred.

Bukovsky was an exemplary detainee. He read Dickens in English, charmed the elderly lieutenant colonel in charge, and became an expert on Soviet law. He was eventually let go. In 1965, however, the KGB arrested him again after a protest in Pushkin Square. A trial and more labour camps followed. He was shipped to Leningrad, Vladimir and Perm; his reputation as an incorrigible state enemy grew.

Bukovsky learned how to manipulate the system, and taught others to do the same. He went on hunger strike 20 times. Sometimes this worked: in one camp the entire prison, including career criminals, joined him in an attempt to improve medical treatment. Mostly it did not. In Lefortovo, after 12 days, warders force-fed him through the nose, an intensely painful experience. He filed letters of complaint.

His autobiography, published in English in 1978 as To Build a Castle and in Russian under the title And the Wind Returns, gives a vivid portrait of life in Soviet jail. He wrote: “Strange things happened to time. On the one hand it seemed to pass with preternatural speed, beggaring belief. The entire daily routine with its ordinary, monotonously repetitive events – reveille, breakfast, exercise, dinner, supper, lights out, reveille, breakfast – fused into a sort of yellowish-brown blur, leaving nothing for the mind to cling to.

“On the other hand the same time could crawl with agonising slowness: it would seem as if a whole year had gone by, but no, it was still the same old month, and no end was in sight.”

By 1976 prison governors had grown terrified of Bukovsky. His mere presence, they believed, would cause other inmates to mutiny. The politburo decided to expel him to Switzerland, dumping him on a plane. Bukovsky settled in Cambridge. His home, a crumbling suburban property on the outskirts of town in Gilbert Road, became a site of pilgrimage for fans and for others who had fallen out with Kremlin power.

In exile, Bukovsky completed his studies in neurophysiology, wrote his memoir and continued his campaign against the Soviet Union. He became an informal adviser to Margaret Thatcher and Ronald Reagan. Thatcher appreciated his frankness; she consulted him before her first meeting with the politburo’s new chief, Mikhail Gorbachev.

The early cold war debate in the west was whether to be friends with Moscow, or to have a nuclear war. According to Bukovsky, both Thatcher and Reagan told him that thanks to the small-scale dissident movement they realised the Soviet Union could be defeated without a shot being fired, by moral confrontation.

Bukovsky was grateful to Britain for giving him a home. He was a vehement opponent of the European Union, seeing in it a form of totalitarianism familiar from his long anti-Soviet struggle. A heavy smoker – a packet of Dunhill cigarettes was never far away – he believed that the UK was being slowly Sovietised, with needless laws, smoking bans and restrictions on individual liberty.

When Putin became president, Bukovsky was quick to realise what this meant for Russia: the KGB was back. He supported Russia’s fissiparous democratic opposition, which found itself slowly and ruthlessly strangled. In 2007, he tried to stand as a presidential candidate against Dmitry Medvedev, Putin’s seat-warming successor. The Kremlin disqualified him.

Bukovsky became a mentor to Alexander Litvinenko, an officer of the FSB, the Russian Federal Security Service, who escaped to the UK in 2000. Bukovsky recalled walking with Litvinenko in Cambridge, on a sunny morning in 2003. Litvinenko got a chilling call from Moscow. It was a former FSB colleague. The colleague said: “You think you are safe in London. Come off it! Remember Trotsky!”

Litvinenko was poisoned in 2006 with radioactive polonium. Bukovsky gave evidence at a 2015 public inquiry into Litvinenko’s exotic murder, saying he was “pretty sure” Putin was to blame. The inquiry chairman, Sir Robert Owen, agreed, concluding in his report that the Russian president and his spy chief had “probably approved” the operation.

Alert, smoking a cigarette, and speaking in impeccable English, Bukovsky said that hunger sharpened your mental faculties. “You slip into some kind of euphoria. You are flying all over the world. It’s incredible,” he told me.

His libel claim was dismissed in 2016, and it was decided in 2018 that proceedings against him should be indefinitely postponed because of his ill-health.

He is survived by a sister, Olga.