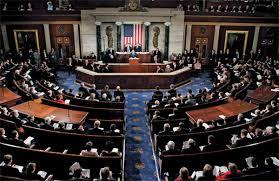 The Never Again Education Act, which would help provide federal funding to expand Holocaust education in the US, passed the Senate with bipartisan support. The bill was first introduced to the House of Representatives by Reps. Carolyn Maloney (D-New York) and Elise Stefanik (R-New York). The House passed the bill on January 27.

It was introduced into the Senate by Sens. Jacky Rosen (D-Nevada), Kevin Cramer (R-North Dakota), Richard Blumental (D-Connecticut) and Marco Rubio (R-Florida). It is now being sent to US President Donald Trump for his signature.

Cramer tweeted that “antisemitism is a serious threat,” and that “failing to educate the next generation would only make history more likely to repeat itself. “I thank my colleagues for recognizing the importance of this effort, and I look forward to [Trump] signing it,” Cramer continued.

Several pro-Israel organizations came out in support of the bill’s passing. “The men and women of the United States Senate deserve credit for setting aside their differences to clear the way for swift and unanimous passage of this much-needed legislation,” Republican Jewish Coalition (RJC) executive director Matt Brooks said in a statement.

“We are especially grateful to Senator Kevin Cramer and Senator Jacky Rosen who led the way on the bill. We are also thankful to Senate majority leader Mitch McConnell and dozens of senators on both sides of the aisle who came together to act on growing concerns that today’s young Americans are not learning what they need to know about the Holocaust.” Brooks also said that “President Trump has spoken of the need for education about the Holocaust and we know he will come through for Jewish Americans yet again by signing the Never Again Education Act into law.”

Anti-Defamation League (ADL) CEO Jonathan A. Greenblatt said that “I am grateful for the leadership of Sens. Jacky Rosen and Kevin Cramer, and Reps. Carolyn Maloney and Elise Stefanik and to all senators for passing this bill today, during Jewish American Heritage Month, to ensure that the lessons of the Holocaust will be passed from one generation to the next. “Through the study of the Holocaust, students can grow as responsible citizens in a democratic society and develop critical thinking, empathy and social justice skills for the future.”

Hadassah – The Women’s Zionist Organization of America’s national president Rhoda Smolow and CEO/executive director Janice Weinman said in a joint statement that “The Never Again Education Act is our last best chance to make a significant and lasting impact against the rising tide of hatred in our country. “The stakes are so high for communities across America, which is why Hadassah and its members have advocated for this bill relentlessly. Together, we’ve built up overwhelming bipartisan support in both chambers to support educators and ensure students learn the universal lessons of the Holocaust.”

The statement continued on to say that “Now, the bill is headed to the White House. President Trump last year said ‘that American students should learn the important lessons of the Holocaust’ and that ‘we should promote awareness of these lessons.’ We agree. And we look forward to the president signing the Never Again Education Act into law.”

Christians United for Israel (CUFI) founder and chairman Pastor John Hagee said that “If there exists a silver bullet to defeat the spread of bigotry and hatred, it is education. Through this legislation, teachers around the country will have federal support in their efforts to stamp out antisemitism by teaching about its abhorrent consequences. “CUFI’s 8 million members have made combating the rising tide of antisemitism a top priority, and we are extremely grateful for the tremendous bipartisan support the Never Again Education Act has enjoyed in both Capitol chambers.”