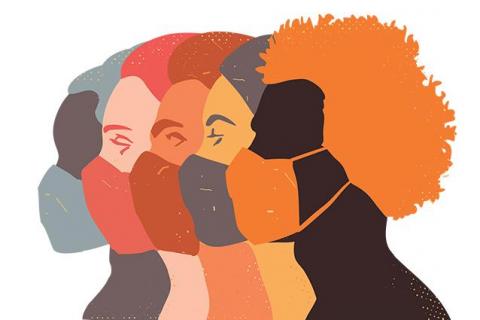 The U.N. secretary-general said Thursday that the damage COVID-19 has done globally will not be undone by a vaccine alone, and that a full recovery will take years, possibly decades. “The social and economic impact of the pandemic is enormous, and growing,” Antonio Guterres told a high-level special session of the General Assembly intended to take stock of the current global response to the illness caused by the coronavirus.

A U.N. report released Thursday said that as many as 32 million people could be pushed into extreme poverty this year by the pandemic. The world body has tried to address the fallout, extending humanitarian assistance to millions more people. The U.N. chief also has pressed for a stimulus package worth at least 10% of global GDP and for debt relief for all countries that need it.

Nearly 80 heads of state and government are addressing the two-day summit by video, which will also include presentations from scientists, experts and the heads of several U.N. agencies, including the director-general of the World Health Organization.

The global virus death toll is nearing 1.5 million, out of a total of 64.6 million confirmed cases, according to Johns Hopkins University, which tracks the data. Distribution of the first approved COVID-19 vaccines is expected to start this month. Guterres has repeatedly called for equal access for all nations.

In late April, the WHO, along with public and private partners, launched the ACT-Accelerator and its COVAX (vaccine) facility. It is focused on making tests, treatments and vaccines equitably available. The U.N. chief, however, said there was a funding shortfall of $28 billion, including $4.3 billion that's urgently needed for the next two months.

Among the leaders speaking at the summit, European Union President Charles Michel suggested nations sign up to a pandemic treaty to improve responses to future global outbreaks. "What should the objective of this treaty be? The objective is to do better,” he said. “To do better in all the areas in which we have observed that we need to reinforce our cooperation.”

French President Emmanuel Macron proposed the WHO establish an intermediate alert system to warn countries earlier, as well as expanding access for poorer nations to the vaccine. “France proposes a donation mechanism so that a portion of the first doses of vaccine made available are used to vaccinate priority groups in developing countries,” he said.

U.S. Health Secretary Alex Azar is expected to represent the Trump administration at the U.N. summit. On the meeting’s sidelines, the president of the U.N. General Assembly will meet in person Thursday afternoon with U.S. Ambassador to the U.N. Kelly Craft and White House coronavirus response coordinator Dr. Deborah Birx and her aide, Irum Zaidi.The United States leads the world with more than 13.9 million total COVID-19 cases and more than 273,746 deaths. COVID-19 hospitalizations topped 100,000 on Wednesday for the first time since the pandemic began, according to the COVID Tracking Project. It also recorded nearly 200,000 new confirmed cases.

Dr. Robert Redfield, director of the U.S. Centers for Disease Control and Prevention, warned Wednesday that December through February would continue to see the infection surge nationwide. "I actually believe they're going to be the most difficult time in the public health history of this nation," Redfield said in a livestream presentation hosted by the U.S. Chamber of Commerce Foundation.

He said the current spike in cases was worse than previous ones, noting the geographic scope and steeper trajectory of infection rates and deaths, as the U.S. is recording roughly 2,000 deaths daily. Redfield also warned of the strain on hospitals across the country, which are running low on beds and have overworked staff.

Former U.S. President Barack Obama said he would take a COVID-19 vaccine when the drug has been considered safe and effective. In an interview scheduled to be aired Thursday on satellite radio provider SiriusXM, Obama said he was even considering taking the vaccine on television as part of a public campaign to convince Americans who may be skeptical about being inoculated, especially among Black Americans.