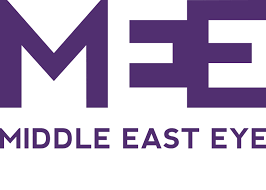 Two UK school textbooks on the Middle East have been "significantly altered" following intervention from leading advocates of the Zionist state in favour of the Israeli narrative. The alterations, slammed as "propaganda under the guise of education" and "not fit for purpose" have raised serious concerns over the textbook, prompting a pause in further distribution.

Details of the extensive "biased" and "misleading" alterations were exposed by a report, by Professors John Chalcraft and James Dickins, Middle East specialists in History and in Arabic, respectively, and members of the British Committee for the Universities of Palestine (BRICUP).

Their eight-page report uncovered" dangerously misleading" changes to the books published by Pearson, titled Conflict in the Middle East and The Middle East: Conflict, Crisis and Change, both by author Hilary Brash and are read by hundreds of thousands of GCSE students annually. GCSEs are the academic qualifications studied for by UK high school students to the age of 16.

The alterations were made last year following intervention by the Board of Deputies of British Jews (BoD) working together with UK Lawyers for Israel (UKLFI). Both are amongst the most vocal pro-Israeli groups in the UK.

Describing the scale of the alterations the report noted that there are changes on almost every page, often multiple changes. "In CME (with 84 pages of history) we have counted 294 changes, in MECCC (with 104 pages of history) over 360," said the report. "There are thus on average more than three changes per page, and the re-writing on some pages is particularly extensive. Alterations have been made to text, timelines, maps and photographs, as well as to sample student essays, and to the questions that students are asked to answer".

Concluding the report, the authors said that they had "found the process to have been biased and the outcome misleading. The outcome is two textbooks that distort the historical record, failing to offer students a balanced view of the conflict. These books, we conclude, are not fit for purpose. School children should not be supplied with propaganda under the guise of education".

Leading experts on the Middle East have raised serious concerns over the alterations. Eugene Rogan FBA, Professor of Modern Middle Eastern History at the University of Oxford said: "Given Britain's historical responsibility, it is particularly important that the subject be taught in a way that is impartial and objective. It is a betrayal of such objectivity to allow Israel advocates the opportunity to edit teaching materials without giving Palestine advocates an equal opportunity to provide input. The result can only undermine confidence in the impartiality of the teaching of an intensely complex and sensitive issue."

Neve Gordon, Professor of International Law and Human Rights at Queen Mary University of London, said: "Through their rigorous analysis of two GCSE text books, Professors John Chalcraft and James Dickins uncover how hundreds of revisions have been inserted in order to modify and distort historical and political facts relating to Israel/Palestine. Their report suggests that when accredited publishing houses allow lobbying groups to help develop high-school curriculum, knowledge is replaced by indoctrination and our children are encouraged to adopt biased thinking."

Khaled Fahmy FBA, Professor of Arabic Studies at the University of Cambridge, said: "While it is laudable that Middle Eastern history books are regularly revised and updated, the manner in which these two school textbooks have been revised is shocking and unacceptable. School textbooks should be revised based on the advice and expertise of academics and scholars, not by reviewers selected by an organisation of lawyers whose rationale is advocating for a foreign country."

In a statement to Middle East Eye, Pearson said "We stand by our texts but had already taken the decision to pause further distribution while we discuss further with stakeholders."