Two Israeli universities in the first hundred of the world ranking 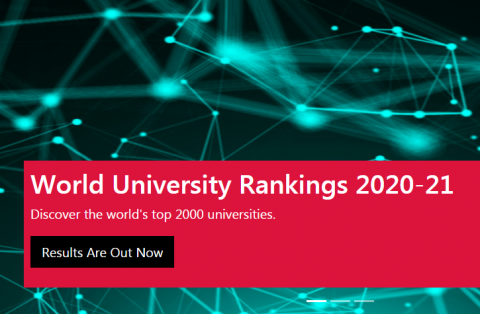 Hebrew University of Jerusalem rose one spot to No. 64 among the world’s top universities and remains the top-ranked university in the Middle East, according to the new Global 2000 List by the Center for World University Rankings (CWUR). However, six of Israel’s nine listed universities declined in the global rankings from last year, amid intensified global competition on research performance from well-funded institutions, the report said.

Hebrew University rose on the list on the strength of improved quality of education, alumni employment and quality of faculty, but it declined in the research performance indicator. The Weizmann Institute of Science dropped six places to No. 67, while Tel Aviv University stayed at No. 152, ahead of the Technion-Israel Institute of Technology at No. 161 and Ben-Gurion University of the Negev at No. 355.

The other Israeli universities were Bar-Ilan University (No. 527), University of Haifa (668), Ariel University (No. 1,610) and Interdisciplinary Center Herzliya (No. 1,860). “This year’s results show that Israel has a very good higher education system, with two of its institutions among the world’s top hundred,” said Dr. Nadim Mahassen, president of the Center for World University Rankings. “However, the broader story is more concerning, with two-thirds of Israeli universities falling down the standings due to declining research performance and intensified global competition from well-funded institutions.

“To compete globally with the very best, the government needs to invest more in public universities and scientific research. In 2000, Israel was 21st in the world in the number of published research articles, with 1.2% of the global publications authored or co-authored by researchers at Israeli institutions. In 2020, this figure dropped to 0.9%, with Israel falling to 32nd worldwide. High-quality research is crucial not only to university rankings, but also to the advancement of society.”

In Asia, Hebrew University and the Weizmann Institute ranked No. 6 and No. 7, respectively, while TAU was No. 21 and the Technion No. 24. These four universities were the top-performing institutions in the Middle East this year, ahead of King Abdulaziz University in Saudi Arabia.

Worldwide, Harvard was ranked the top university for the 10th year in a row, followed by MIT (No. 2), Stanford, Cambridge and Oxford. Princeton overtook Columbia on the back of gains in the education and research performance indicators, while Chicago jumped ahead of Pennsylvania thanks to improvements in the alumni employment and quality of faculty metrics. Yale rounded out the global top 10.

Meanwhile, 93% of Chinese universities rose in the rankings on the back of continued investment in higher education, headed by Tsinghua University at No. 58, overtaking Peking University for the first time as China’s leading university.