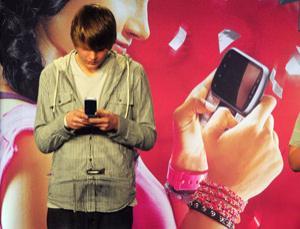 WHERE do new words come from? On Twitter at least, they often begin life in cities with large African American populations before spreading more widely, according to a study of the language used on the social network.

Jacob Eisenstein at the Georgia Institute of Technology in Atlanta and colleagues examined 30 million tweets sent from US locations between December 2009 and May 2011. Several new terms spread during this period, including "bruh", an alternative spelling of "bro" or "brother", which first arose in a few south-east cities before eventually hopping to parts of California. Residents of Cleveland, Ohio, were the first to use "ctfu", an abbreviation of "cracking the fuck up", usage that has since spread into Pennsylvania (arxiv.org/abs/1210.5268).

After collecting the data, the team built a mathematical model that captures the large-scale flow of new words between cities. The model revealed that cities with big African American populations tend to lead the way in linguistic innovation. The team is still working on a more detailed analysis and says it is too early to say which cities are the most influential.

Researchers have tracked the diffusion of words like "cool" and "uptight" from black communities to mainstream use in the past. "We have thousands of examples," says Eisenstein. Their data cannot shed light on why the flow is in this direction, but he notes that language is just one cultural area in which traditions have spread outwards from African American communities.

The team also found that cities that are economically and ethnically similar - rather than geographically close to one another - are more likely to share new words. "Their results indicate that birds of a feather tweet together," says John Nerbonne, a linguist at the University of Groningen in the Netherlands.

Eisenstein says he is looking into whether neologisms now spread more rapidly because of Twitter and other social networks. He is also interested in exploring whether social media is accelerating the evolution of language more generally, something that could be done by analysing everything from blog posts to Facebook entries. It's not like the old days, he says, when the spread of a word relied on people travelling to new areas.