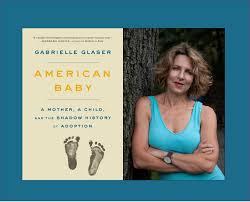 In 2014, David Rosenberg was reunited with his birth mother Margaret Erle Katz thanks to the modern miracle of at-home DNA testing. Until then, Katz had seen Rosenberg, whom she had named Stephen Mark Erle upon his birth in December 1961, only twice before she was pressured by private and state authorities to give him up for adoption. She hadn’t even been allowed to hold him in the delivery room.

Katz, whose German-Jewish war refugee parents were scandalized by their teenage daughter’s pregnancy, calling her a hure (German for whore) to her face. They sent her to a home for unwed Jewish mothers in Staten Island, New York, for confinement until the birth.

Katz and her boyfriend George, also the son of German-Jewish immigrants, married soon thereafter under the naïve assumption they could reclaim their son from foster care — or even adoption. They eventually realized how terribly mistaken they had been, but stayed together and went on to have three more children.

The mother-son reunion in 2014 was bittersweet. Katz had searched unsuccessfully for Rosenberg all his life, and by the time Rosenberg found her, he was dying from thyroid cancer. They had three weeks together shortly before he passed away. “To learn just before he died that his mother loved him and hadn’t wanted to give him up for adoption brought him extraordinary peace at the end,” said journalist and writer Gabrielle Glaser, who has made Katz and Rosenberg’s story the backbone of her new book, “American Baby: A Mother, A Child, and the Shadow History of Adoption.”

The book is a damning indictment of the system of closed adoption of white children that prevailed in the United States from the 1950s through the 1970s, whereby an estimated 2.5-3 million young women were shamed for being sexually active and becoming pregnant, and then coerced into relinquishing their parental rights.

Prospective adoptive parents were forced to undergo months — or even years — of pseudoscientific psychological and sociological testing before being matched with a baby. In addition, they were often lied to about the education, health and socio-economic backgrounds of their adoptive child’s biological parents. Meanwhile, babies were kept in foster care for years, despite the fact that studies warning against the dangers of such practice had been widely published as early as 1952.

These were all parts of an effort to socially engineer families in an age when it was believed that nurture prevailed over nature. Unlike today, when most adoptions are open and birth parents maintain a level of ongoing contact with the child they give up for adoption, closed adoption meant an erasure of the child’s past. Original birth records were sealed, and new birth certificates were issued with the adoptive parents’ names.

With adoptees’ original birth records still sealed in most US states, it is extremely difficult — if not impossible — for those of Rosenberg’s generation to access their original birth certificates. To make matters more challenging, adoption agencies are stingy with the information they divulge. At most, an adoptee may be able to access a redacted file omitting names and other identifying information.

“You’d be amazed how many adoption files have been ‘lost,’  or ‘destroyed in fires or floods,'” Glaser said cynically. As a result, many adoptees — like Rosenberg — turn to genetic testing kits in hopes of matching with biological kin who can lead them to their birth mother, father or siblings.

In an interview with The Times of Israel from her home in New Jersey, Glaser said that working on “American Baby” was challenging in unexpected ways. “I didn’t realize how wrenching this would be, that I would experience the emotion, the loss of the separations between the huge numbers of birth mothers and their babies,” Glaser said. “I was angry writing this book. The intentional treachery and hurt inflicted was so enormous,” she said.

Glaser was particularly alarmed that the Louise Wise Agency, a prominent Jewish adoption agency in New York City, was at the forefront of this systemic infliction of pain — both psychological and physical.

A series of abuse

The Louise Wise Agency first entered mainstream consciousness with the 2018 documentary “Three Identical Strangers,” about morally untenable experiments conducted on twins and triplets. The agency split the siblings up and never divulged to any of the adoptive parents that their child was one of twins or triplets. This was done so that the scientists could observe similarities and differences in the genetically identical siblings as they grew up in families of different socioeconomic statuses.

While that privately funded study is sealed until 2065, Glaser was easily able to access publicly funded ones conducted by researchers associated with the Louise Wise Agency (including some who problematically sat on its board). Some involved deliberately inflicting pain on babies just minutes out of the womb to supposedly predict a child’s intelligence. One involved shooting rubber bands at the soles of newborns’ feet.

“I found photos of the elastic gun designed by Jewish doctors to use on Jewish babies. It was just horrific. This was just 10 years after the adoption of the Nuremberg Code, ” said Glaser, referring to the post-Holocaust set of principles of ethical research and human experimentation that includes the requirement of consent by subjects.

Rosenberg was almost two by the time he was adopted by a couple of Romanian Holocaust survivors who longed for a child. Ephraim and Esther  Rosenberg loved their son dearly, and he them. Ironically, they lived mere blocks from the Katz family in the Bronx, before moving to Toronto, where David Rosenberg excelled in sports and Jewish studies. He lived in Israel for a time, serving in the IDF and studying at Hebrew University in Jerusalem. Eventually, he settled in Portland, Oregon, and became a cantor like his father Ephraim.

Rosenberg, who suffered from a variety of medical issues (Glaser met him while writing about his kidney transplant in 2007), would have benefited from knowing his biological family’s health history. Had he known about the illnesses suffered by his father and grandparents (some of which he also developed), he would have been able to make different preventative lifestyle and medical choices early on.

Katz had tried to pass on relevant medical information. Each time a family member fell ill, she called or wrote the Louise Wise Agency to report it so it could be noted in her son’s file and he could be warned. One time she even went in person and was told to get off the property or the police would be called. The agency never conveyed any of the critical information to Rosenberg.

Shira Dicker, another Louise Wise adoptee, told The Times of Israel she was upset that she was denied what she called her “birthright,” namely the identities of her birth parents and their histories. All she could find out from a redacted file was that her mother was a 21-year-old biology student and that her father was a 23-year-old medical student. Apparently, both dropped out of school and their lives went into free fall after the adoption.

Dicker, a 60-year-old writer, activist and publicist discovered for herself just how low her birth mother had landed when in December 1983 she managing to track her down through ALMA, a grassroots registry formed in 1971 to help people connect with birth relatives. “I learned that she submitted an inquiry about me to ALMA in 1978, and that I was born Lisa Robin Osterman,” Dicker said. “She had submitted a contact address, but no telephone number. I intuited she was on welfare,” she said.

Dicker’s hunch was correct. After her husband, journalist Ari Goldman, used a reverse directory to find the woman’s phone number, Dicker called her and arranged to visit her that evening. Dicker recounted that she and Goldman traveled to a then-dangerous part of Brooklyn and were mugged twice (first at gunpoint and immediately after by two knife-wielding men) in the building’s vestibule.

“The first time my husband handed over his wallet. The second time I gave them my Israeli handbag, which had nothing in it other than tampons. I had zero fear. I was so focused on meeting my birth mother that I refused to go immediately to the police,” Dicker said.

When the woman opened her apartment door, it was as Dicker had warily expected. Her unkempt, mumbling birth mother wore a bathing suit in the middle of winter. There were newspapers strewn about, and the apartment smelled of cat litter. As time went on, Dicker uncovered more distressing things about her.

Stephen Mark Erle (later David Rosenberg) at age three months in early 1962. His birth mother Margaret Erle was coerced into signing away her parental rights. This photo was taken during the first of just two meetings Margaret and the baby’s father birth father George Katz were allowed with him while in foster care prior to his adoption. (Courtesy of Margaret Erle Katz)

Dicker, who stays in infrequent contact with her birth mother, learned that she was diagnosed with paranoid schizophrenia. Dicker also met her birth father and learned that both his mother and grandmother died by suicide. It’s an onerous, though important, genetic legacy for Dicker. “I wasn’t traumatized by the experience of finding out where I come from, and what caused me to feel a sense of alienness as I grew up. It’s like I fell through a trap door in a good way. It spurred me to question, investigate and protest,” she said.

There were different victims of the Louise Wise Agency’s machinations. Dicker’s parents were lied to, and her birth mother was treated as “collateral damage” — and given no support — once she did what social workers told her. “And I was stolen goods, and that’s a shitty feeling,” Dicker said.

Glaser warns those who have grown up in the more recent era of accessible birth control, legal abortion, single parenting and reproductive technology against thinking the lessons of “American Baby” outdated or irrelevant. “Young people who avail themselves of egg and sperm donors and think it is wise to conceal that from their children are sorely mistaken. Likewise, donors must be willing to be found by their offspring,” Glaser said.

“Everyone has the human and civil right to know their biological origins,” she said.