Three possible futures for a frozen conflict in Ukraine 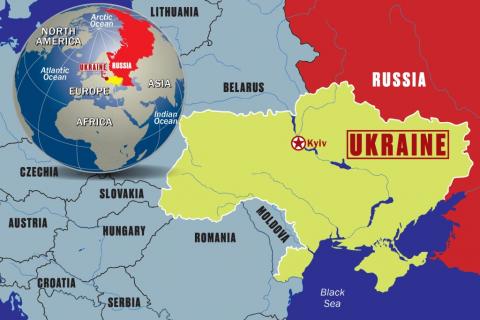 It’s the war that was both eminently predictable and roundly unpredicted. If ever there has been a conflict that underscored the urgent need in the policy world for strategic foresight, it’s the one currently raging in Ukraine. For months our foresight experts have been projecting how the war could break out and, once it did, how it could unfold next.

Three months into Russian President Vladimir Putin’s invasion of Ukraine, the prospects for a decisive Kremlin victory have evaporated. Yet even amid Russia’s battlefield failures, the heroic Ukrainian resistance, and abundant Western military aid, the tide has not completely turned.

In April, we laid out four scenarios for how the outcome of the war could reshape the world. At that time, it wasn’t necessarily evident that our slow-moving “frozen conflict” scenario, in which both sides struggle to make rapid or decisive advances, was the most likely to materialize. But this is where the conflict has been headed in recent weeks.

Also less evident at the time: the level of shock the war would inflict on the global economy, ushering in major food and energy crises. Depending on the duration of the conflict, these effects could prove even worse for the developing world than the 2008 financial crisis. And although the shock waves are hitting Europe harder than the United States, both are in economic trouble. (In Ukraine itself, the United Nations Development Programme has already estimated that the vast majority of Ukrainians will face “extreme economic vulnerability” by the end of the year if the war continues.)

This global economic downturn will likely emerge as an increasingly influential factor in US/NATO decision-making—potentially opening up a rift between Europe, which may seek a swifter end to the war, and the United States, which wants to see Moscow suffer a full defeat.

So how could a frozen conflict play out globally over the next two years? Below are three variations on what this scenario might look like:

Russia consolidates its land bridge to the Kremlin-controlled Crimean Peninsula and, without securing complete control of the rest of Ukraine’s Black Sea coast, destroys or blocks the port city of Odesa—leaving the country effectively landlocked. Putin continues to bomb infrastructure elsewhere across Ukraine and annexes parts of the south and east, further destabilizing the country as a fully functioning state. He declares a “victory” while successfully suppressing dissent at home.

Putin calls for a ceasefire in early 2023 but is not ready for a peace deal; he still hopes for greater land gains in the future (perhaps connecting to Moldova) as well as concessions from NATO (such as the recognition of Crimea as Russian sovereign territory if residents agree in an internationally supervised referendum). Western sanctions against Russia remain in place, and economic conditions there worsen. But the United States and Europe also plunge into recession, which fuels growing political discontent over inflation and shortages of goods.

A full-scale global food crisis results in spiraling riots and unrest from Sri Lanka to Egypt (where the knock-on effects of the war are already being felt), while trading patterns drastically deteriorate after major exporting nations such as India, Indonesia, and Malaysia double down on food protectionism. A slow response from the Group of Seven (G7) nations and the International Monetary Fund exacerbates the debt crisis facing developing nations. Instability grows in Africa and Asia, while leftist politicians surge in Latin America.

Further into 2023, NATO allies continue to send more lethal military aid as Ukraine—which refused Putin’s proposed ceasefire—tries to retake occupied territory. The quality and quantity of this aid tempts Moscow to continue disrupting supply flows into Ukraine, increasing the risk of attacks close to (or even on) NATO territory while widening the conflict between the Alliance and Russia.

By late 2023, Western consensus is fraying. Concerned by economic costs, Ukrainian suffering, refugee burdens, and fears of escalation (including the risk of a nuclear attack by Russia), Germany and France lead a multinational effort to press Kyiv to exploring a peace arrangement with Moscow.

Thanks to increasingly competent Ukrainian tactics—a continuation of those displayed during Kyiv’s defense of the capital, plus a successful counteroffensive in the eastern Donbas region—Russia is pushed back to pre-February 24 areas of control (retaining Crimea and the separatist-occupied parts of Donetsk and Luhansk) by early 2023. But further gains by Ukraine prove difficult because of entrenched Russian and separatist defenses. Despite Western shipments of more advanced arms, Ukrainian forces make minimal progress.

Facing growing discontent at home over a collapsing economy and an exhausted military angry over repeated operational failures, Putin is under heavy pressure to strike a deal with Ukraine before his hand worsens even more.

Starting in early 2023, Turkey, Qatar, and India—which since 2020 have sought to cast themselves as global peacemakers—press for a ceasefire as the global economic crisis stokes a sense of urgency. But emboldened by its success on the battlefield, Ukraine is resistant while Putin still hopes for a military comeback.

Meanwhile, some European leaders also start quietly pushing for a formal diplomatic framework: French President Emmanuel Macron teams up with his Chinese counterpart, Xi Jinping, to call for talks in Geneva among Ukraine and the five permanent members of the United Nations Security Council (which includes Russia), plus Germany (modeled on the 2+4 talks on German reunification) to find a solution. Xi and Macron privately try to persuade Putin and Ukrainian President Volodymyr Zelenskyy, respectively—dangling the promise of Russian reparations as part of a settlement. Beijing does not want to appear to be undercutting Putin’s plans, but China’s sputtering economy leaves Xi little choice.

Emboldened by a landslide Republican victory in the November 2022 midterm elections in the United States, a growing number of GOP legislators press for ending US military aid to Ukraine and refocusing Washington’s attention on Beijing as a leading security threat.

Scenario 3: Ukraine wins back nearly everything

As a result of significantly increased Western arms shipments to Ukraine, a collapse in Russian morale at both the tactical and strategic levels, and Moscow’s inability to replace military hardware at the levels needed (thanks to Western sanctions), Russia is pushed completely out of Ukraine except for Crimea, but Kyiv is gearing up to retake the peninsula (which Putin would effectively view as an invasion of Russian territory).

There is a growing risk of Russian nuclear retaliation to halt Western military aid, heightened by Russia’s loss of previously separatist-occupied eastern Ukraine. As Ukraine mounts a planned offensive to recover the Black Sea peninsula, Putin deploys Iskander-M (SS-26) nuclear-tipped missiles there and threatens to use them if Kyiv’s forces advance. Suddenly, World War III becomes a distinct possibility if urgent meditation efforts by France and China to avoid further escalation end in failure.

But by mid-2023—nearly an entire year before he’d hoped to engineer another reelection—Putin’s hold on power at home is threatened by spiraling public anger. Humiliated top military and intelligence officials force Putin to resign immediately but allow him to keep a nest egg and shield him from international prosecution for war crimes.

The United States and European Union differ over the question of lifting some sanctions against Russia: Fearing the prospect of a giant North Korea next door (in the form of a deeply isolated Russia), Europe seeks a bargain by relieving sanctions on oil, gas, and other commodities under a quid-pro-quo agreement that portions of the Russian sales be sent as reparations to a Ukraine reconstruction fund led by the World Bank and the European Bank for Reconstruction and Development.

What happens next on the battlefield will determine whether the current largely frozen conflict will eventually advantage Russia or Ukraine. Various military outcomes are still plausible. With so many variables in play, it is difficult to attach probabilities to potential scenarios.

But in all cases, the economic damage will be profound not just for Ukraine, but also for the rest of the world. Instead of waiting for an outcome to the war, policymakers must urgently explore solutions to the global food crisis, the growing potential for debt crises in the developing world, and the threat of recession in the West. Meanwhile, the risk of Russia using nuclear weapons in the course of the conflict is not zero. Employing diplomatic means to avoid such an escalation is vital if the conflict is to remain contained and not envelop the entire world.

Mathew Burrows and Robert A. Manning