Is There a War Coming Between China and the U.S.? 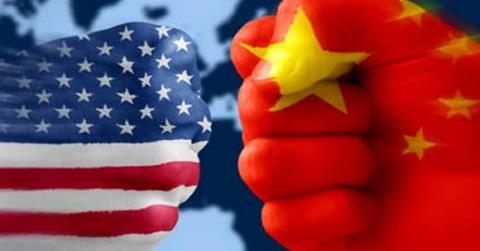 If you’re looking for a compelling beach read this summer, I recommend the novel “2034,” by James Stavridis, a retired admiral, and Elliot Ackerman, a former Marine and intelligence officer. The book is about how China and America go to war in 2034, beginning with a naval battle near Taiwan and with China acting in a tacit alliance with Iran and Russia.

I’m not giving it all away to say China and the U.S. end up in a nuclear shootout and incinerate a few of each other’s cities, and the result is that neutral India becomes the dominant world power. (Hey, it’s a novel!)

What made the book unnerving, though, was that when I’d put it down and pick up the day’s newspaper I’d read much of what it was predicting for 13 years from now:

Iran and China just signed a 25-year cooperation agreement. Vladimir Putin just massed troops on the border of Ukraine while warning the U.S. that anyone who threatens Russia “will regret their deeds more than they have regretted anything in a long time.” As fleets of Chinese fighter jets, armed with electronic warfare technology, now regularly buzz Taiwan, China’s top foreign affairs policymaker just declared that the U.S. “does not have the qualification … to speak to China from a position of strength.”

Yikes, that’s life imitating art a little too closely for comfort. Why now?

The answer can be found, in part, in a book I have written about before: Michael Mandelbaum’s “The Rise and Fall of Peace on Earth.” It tracks how we went from a world defined by the Cold War between American democracy and Soviet communism — 1945 to 1989 — to a singularly peaceful quarter century without big power conflict, buttressed by spreading democracy and global economic interdependence — 1989 to about 2015 — to our current, much more dangerous era in which China, Iran and Russia are each deflecting the pressures of democracy and the need to deliver constant economic growth by offering their people aggressive hypernationalism instead.

What has made this return of Chinese, Iranian and Russian aggressive nationalism even more dangerous is that, in each country, it is married to state-led industries — particularly military industries — and it’s emerging at a time when America’s democracy is weakening.

Our debilitating political and cultural civil war, inflamed by social networks, is hobbling Americans’ ability to act in unison and for Washington to be a global stabilizer and institution builder, as the United States was after World War II.

Our foolish decision to expand NATO into Russia’s face — after the fall of the Soviet Union — hardened post-Communist Russia into an enemy instead of a potential partner, creating the ideal conditions for an anti-Western autocrat like Putin to emerge. (Imagine if Russia, a country with which we have zero trade or border disputes, were OUR ally today vis-à-vis China and Iran and not THEIR ally in disputes with us.)

Meanwhile, the failure of the U.S. interventions in Afghanistan and Iraq to produce the pluralism and decency hoped for after 9/11, coupled with the 2008 economic crisis and the current pandemic — together with the general hollowing out of America’s manufacturing base — has weakened both American self-confidence and the world’s confidence in America.

The result? Right when China, Russia and Iran are challenging the post-World War II order more aggressively than ever, many wonder whether the United States has the energy, allies and resources for a new geopolitical brawl.

“Just because communism is gone — and we don’t have two political and economic systems that claim universal legitimacy competing to govern every country — doesn’t mean that ideological considerations have disappeared from international politics,” Mandelbaum argued to me.

Regimes like those in China, Iran and Russia feel much more threatened — more than we think — by democracy, Mandelbaum added. During the first decade of the 21st century, these regimes were able to generate sufficient public support through economic progress. But after that proved more difficult in the second decade of the 21st century, “the leaders of these countries need to find a substitute, and the one they have chosen is hypernationalism.”

Are we up to the challenge? I’m pretty sure we can keep a more aggressive, nationalistic Russia and Iran deterred at a reasonable cost, and with the help of our traditional allies. But China is another question. So we’d better understand where our strengths and weaknesses lie, as well as China’s.

China is now a true peer competitor in the military, technological and economic realms, except — except in one critical field: designing and manufacturing the most advanced microprocessors and logic and memory chips that are the base layer for artificial intelligence, machine learning, high-performance computing, electric vehicles, telecommunications — i.e., the whole digital economy that we’re moving into.

China’s massive, state-led effort to develop its own vertically integrated microchip industry has so far largely failed to master the physics and hardware to manipulate matter at the nano-scale, a skill required to mass produce super-sophisticated microprocessors.

However, just a few miles away from China sits the largest and most sophisticated contract chip maker in the world: Taiwan Semiconductor Manufacturing Company. According to the Congressional Research Service, TSMC is one of only three manufacturers in the world that fabricate the most advanced semiconductor chips — and by far the biggest. The second and third are Samsung and Intel.

Most chip designers, like IBM, Qualcomm, Nvidia, AMD (and even Intel to some extent) now use TSMC and Samsung to make the microprocessors they design.

But, just as important, three of the five companies that make the super-sophisticated lithography machines, tools and software used by TSMC and others to actually make the microchips — Applied Materials, Lam Research Corporation and KLA Corporation — are based in the United States. (The other two are Dutch and Japanese.) China largely lacks this expertise.

As such, the American government has the leverage to restrict TSMC from making advanced chips for Chinese companies. Indeed, just two weeks ago, the U.S. made TSMC suspend new orders from seven Chinese supercomputing centers suspected of assisting in the country’s weapons development.

The South China Morning Post quoted Francis Lau, a University of Hong Kong computer scientist, as saying: “The sanctions would definitely affect China’s ability to keep to its leading position in supercomputing,” because all of its current supercomputers mostly use processors from Intel or designed by AMD and IBM and manufactured by TSMC. Although there are Korean and Japanese alternatives, Lau added, they are not as powerful.

China, though, is doubling down on research in the physics, nanotechnology and material sciences that will drive the next generation of chips and chip-making equipment. But it could take China a decade or more to reach the cutting edge.

That’s why — today — as much as China wants Taiwan for reasons of ideology, it wants TSMC in the pocket of Chinese military industries for reasons of strategy. And as much as U.S. strategists are committed to preserving Taiwan’s democracy, they are even more committed to ensuring that TSMC doesn’t fall into China’s hands for reasons of strategy. (TSMC is now building a new semiconductor factory in Phoenix.) Because, in a digitizing world, he who controls the best chip maker will control … a lot.

Just read “2034.” In the novel, China gains the technological edge with superior A.I.-driven cybercloaking, satellite spoofing and stealth materials. It’s then able to launch a successful surprise attack on the U.S. Pacific Fleet.

And the first thing China does is seize Taiwan.

Let’s make sure that stays the stuff of fiction.