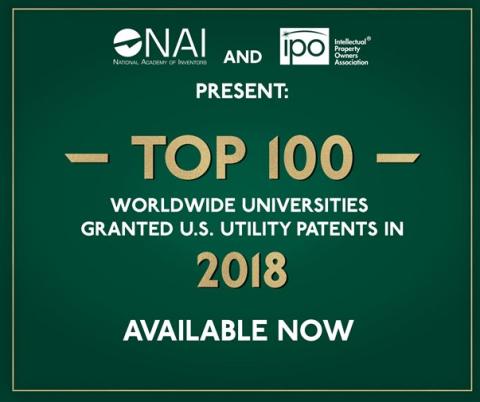 Tel Aviv University has received the highest ranking for an Israeli university in a list of Top 100 universities around the globe who received patents registered in the United States during 2018. The list was made by the National Academy of Inventors and Intellectual Property Owners Association (IPO).

Tel Aviv University was ranked 66th on the list of Top 100 Worldwide Universities Granted US Utility Patents in 2018. The Technion-Israel Institute of Technology in Haifa was the second Israeli university on the list and took the 75th spot.

The University of California registered 526 US patents in 2018, according to the report.

The National Academy of Inventors (NAI) is a US non-profit organization dedicated to encouraging inventors in academia, following a model of the National Academies of the United States. It was founded at the University of South Florida in 2010. The Intellectual Property Owners Association is a trade group for owners of patents, trademarks, and copyrights established in 1972.

Since 2013, the NAI and the IPO have released an annual report listing the top 100 universities by number of patents. The University of California has been at the top of the list each year. The IPO, set up in 1972, is a trade association for owners of patents, trademarks and copyrights.

The two organizations have been publishing the ranking since 2013.