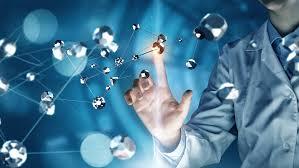 The joint venture, called “StarFinder Lab,” will be based out of aMoon’s headquarters in the central Israeli city of Ra’anana and is geared towards accelerating the development of new diagnostic technologies “that address global health care challenges,” the companies said in a statement released on Monday.

Aside from mentorship and strategic collaborations, the venture will also offer financial backing for nine startups that will be selected to participate. “The program goes well beyond mentorship and includes funding, both on the side of aMoon and Roche, which is a big deal for startups,” Roy Wiesner, managing director at aMoon, told The Media Line. “This funding will allow them to complete this program, reach their proof of concept and meet milestones,” he added, noting that several millions of dollars cumulatively would be invested into participating teams in the coming three years.

According to Wiesner, the goal of the program is to foster companies that address the “real needs of the global health care community.” The collaboration with Roche emerged out of the latter’s interest in tapping into Israel’s booming health tech ecosystem. “In Israel, out of around 8,500 startups we have about 1,700 to 1,800 startups in the life sciences and health tech,” Wiesner affirmed. “Israel is a global health tech life sciences hub so I think it was very natural for [Roche] to look into Israel.”

Applications for the StarFinder Lab accelerator program are slated to open in October.

Alongside a physical office space in Ra’anana, entrepreneurs taking part will also have access to Roche and aMoon’s expertise, leading industry stakeholders and in-depth market data. While Wiesner expects that the majority of those taking part in the program will be in their early stages of development, other companies will also be encouraged to apply.

Among the kinds of technologies the project hopes to cultivate are digital health and disruptive artificial intelligence-driven data solutions.

"The program goes well beyond mentorship and includes funding, both on the side of aMoon and Roche, which is a big deal for startups"

It marks the first time Roche will be taking part in such a venture, the company said. In 2019, the biotech giant invested some $12.6 billion globally in research and development. “Health tech and AI are transforming the health care industry as we know it, and we see great value in working with Israeli health care innovators as they build their companies,” Michele Pedrocchi, head of global strategy and business development at Roche Diagnostic, said in a statement that was shared with The Media Line. “This program will allow us to build exceptional relationships with Israel’s brightest entrepreneurs, as well as take an active and strategic role in building disruptive start-ups together with Israel’s leading life sciences and health tech fund.”

A number of prominent investment firms are racing to invest in Israel’s bustling medtech (medical technology) sector, which has seen a major boost from the COVID-19 pandemic. Most recently, Leumi Partners – the investment arm of Bank Leumi – led a $150 million investment funding round for a new fund aimed at helping mature companies in the field, the Calcalist news site reported on Sunday. Leumi Partners reportedly invested some $10 million in the ALIVE HealthTech fund, which was founded by former Israeli health care system officials.

Wiesner of aMoon believes that trendiness of health tech is here for investors is here to stay. “We’re expecting to see more and more investors coming into this space,” he said. “The world, over the past six months, has realized that health tech implications go well beyond health. I see this trend continuing.”