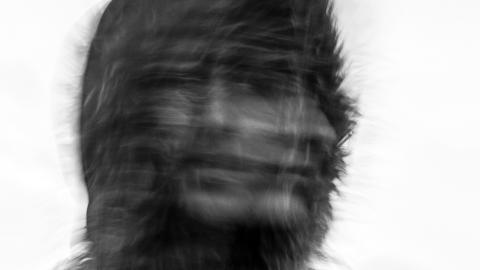 A new study published in Frontiers in Psychology explored the psychological profile of people who posted hate comments online during the 2018 Winter Olympic Games. The researchers found that hate commenters demonstrated high levels of one specific Dark Triad trait — psychopathy.

Social media offers everyday people the opportunity to share ideas and express opinions with the power to reach enormous audiences. Unfortunately, the growth of these platforms comes with a rise in online hate behavior.

Piotr Sorokowski and his team note that it is important to distinguish between different forms of online derogatory behavior. While scholars have previously explored hate speech, trolling, and cyber-bullying, Sorokowski and his colleagues say that there is an additional form of online hate that is distinct from these behaviors. The researchers were interested in exploring hate behavior that does not necessarily involve ridiculing a person’s affiliation with a particular social group and is often directed at public figures or other online users.

The researchers say that an example of this type of online hate was the massive amount of derogatory comments directed at Polish athletes during the 2018 Winter Olympic Games. These hate comments, stemming from fans who felt the athletes had underperformed, were so impactful that they even drew backlash from the athletes.

The psychology field has yet to establish the personality profile of the people who leave such hate comments, and Sorokowski and his team were motivated to conduct their own study.

First, the researchers identified hate comments among Facebook users who commented on news reports covering the 2018 Winter Olympic Games. The hate comments were selected if they were “statements expressing a negative, insulting attitudes toward sports players; evaluative but not including constructive criticism.” An example hate comment was, “Representing our country while being so ugly should be banned.”

The team of researchers also identified neutral comments. Next, they reached out to both the neutral and hate commenters and invited them to complete a survey that measured certain psychological traits. The final sample included 94 Polish Facebook users between the ages of 15 and 71 — 46 of whom had written a hate comment and 48 of whom had written a neutral comment.

The questionnaires assessed satisfaction with life, the tendency to experience frustration when one’s goals and desires are not met, the tendency to feel envious of others, and the dark traits of psychopathy, narcissism, and Machiavellianism.

The authors say it was surprising that narcissism and Machiavellianism were not related to online hate behavior, given that these traits have been previously linked to both online trolling and cyber-bullying. It is also noteworthy that frustration and a lack of satisfaction with life were not linked to online hate, given that previous research has tied these traits to aggressive behaviors. Together, these results suggest that online hate is indeed distinct from trolling and cyber-bullying behavior and is, therefore, associated with its own psychological profile.

“Our research is one of the first to establish a psychological background of online haters,” Sorokowski and colleagues remark, “while setting a clear line between online hating and other derogatory online behaviors (e.g., trolling, cyber-bullying, or hatred speech).” Keeping this in mind, the researchers say that it would be insightful for future studies to directly compare those who engage in trolling, cyber-bullying, and online hate in order to examine trait differences among those who exhibit these three types of online behaviors.