Strike gold in the search for postgraduate funding 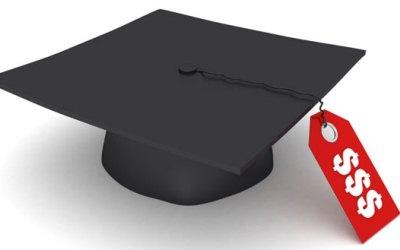 THE thought of academic glory and golden job opportunities entices many an ambitious graduate to further study. Forking out the fees is a less favourable prospect, however, especially if you are already groaning under a mountain of undergraduate debt. But don't abandon your hopes of further study just yet. A closer look reveals the picture for postgrads is not quite as bleak as it may seem. Debt-minimising tricks and funding treasure chests are out there – it's just a case of finding them.

At first glance, the average graduate's debt mountain can seem insurmountable. According to the latest survey conducted by student guide, current students who started before 2012 can expect to rack up around £25,000 in debt, while those who started after last year's fee hike could owe up to a whopping £53,000.

That doesn't mean you will end up paying it all back. "Very few graduates will ever pay anything like [£53,000]," predicts Johnny Rich, managing director of Push. That's because about three-quarters of this debt will be owed to the Student Loans Company, and under the new fee scheme, SLC repayments will only be collected once you start earning £21,000 or more. If after 30 years the debt has not been repaid, the remainder will be written off.

Those who started studying before 2012 will have any remaining debt written off earlier, after 25 years, but have to start repayments on any income above £15,759. Overall, total repayments made by a person on an average salary of £30,000 will work out about the same on both systems – £25,000. Those earning below £30,000 will end up paying back less on the new scheme, while higher earners will do better on the old system.

The other quarter of a student's debt will probably be split between loans from family members and from banks and credit companies. While commercial loans typically make up less than 10 per cent of the average student debt, they can end up representing a substantial chunk of your repayments over time due to their high interest rates.

Unfortunately, aspiring postgrads are likely to encounter more of this type of debt once they embark on a higher degree, because regular student loans aren't available for most courses. For those without scholarships, savings or income, commercial loans are an obvious choice.

Current students can expect to pay more for postgrad courses than those who went before them. Fees increased by 24 per cent between 2010 and 2012, and are expected to rise further in the wake of the tripling of undergraduate tuition fees last year.

At the same time, scholarships are dwindling. Between 2010 and 2012, the number of bursaries offered by the seven national research councils – which together provide the largest source of funding for postgraduates – dropped by 22 per cent.

Together, these factors have been described by the Higher Education Commission (HEC) as "a perfect storm" for postgraduates. "Postgraduate finance isn't working," says Joel Mullan, the commission's senior researcher. "Students simply can't find the money they need."

That could soon change. The HEC, backed by the 1994 Group of 12 universities, has recommended that student loans similar to those available to undergrads be offered to postgraduate students by 2015. The idea is gaining steam. Last November, the National Union of Students announced proposals to make income-contingent loans of at least £6000 per year available to postgraduate students.

Nice idea, you might think, but how is that going to help if you want to embark on postgraduate study before 2015?

If you are planning on a PhD, your chances of sourcing funding aren't actually that bad. About 70 per cent of science PhD students are on scholarships, and this figure has changed little over the past five years. Science PhDs do better than those in the humanities – the national research councils alone are expected to fund nearly three times as many postgrads in science than humanities in 2013.

The most coveted scholarships are "full-fat" awards that offer a tax-free stipend of at least £13,750 per year and also cover your tuition fee payments. Doled out by the research councils and big medical charities like the Wellcome Trust, these scholarships currently fund one in five science PhD students. Some of the programmes include bonus features, such as industry placements and higher stipends.

Another 35 per cent of doctoral students land institutional scholarships from their host university or funding from other charities, commercial partners, government bodies or international sources. These vary in their amounts, with some offering reduced stipends. Competition for full PhD scholarships is usually fierce and a good degree is essential.

If you already have a specific project or research group in mind for which no bursaries are advertised, don't despair. "Arrange to speak to the project supervisor," advises Jo Gibson of the National Association of Student Money Advisers. "If you are a strong candidate, they will more than likely be willing to assist you with your funding applications." Even if those attempts fail, and you find yourself in the same boat as the quarter of all science PhD students who fund their own research through savings, income, loans and family support, there are still nuggets of funding to be found.

Small charities often have money set aside to support struggling postgrads. Such awards can help make up a gap in your PhD funding, says Shuzhi Zhou, co-author of The Alternative Guide to Postgraduate Funding. These awards can also save master's students from debt. Bursaries for these courses have always been sparse, but most research councils have now dropped scholarships for master's degrees entirely. According to the Higher Education Statistics Agency, only a quarter of science students enrolled in stand-alone master's courses receive financial awards – 5 per cent fewer than in 2007. Those with an eye on a master's course will have to get creative in their hunt for funds.

Although individual awards from small charities tend to be modest – usually under £2000 – and identifying the right organisations to apply to can be work-intensive, the rewards can add up. Zhou herself applied for charity funding to help pay for the fourth year of her PhD in neuroscience. Awards from five different charities netted her £10,000 – enough to cover basic living costs and travel to conferences. "It's a bit more difficult, but if a student is resourceful and plans ahead they can potentially obtain full funding from alternative resources," she says.

If you are employed, you can try to convince your employer to pay for your training. Haven't got a job yet? Knowledge Transfer Partnerships – official collaborations between academic institutions and companies – can offer graduate jobs as well as opportunities for business training.

Another option is to complete your postgraduate degree part-time while holding down a full-time job. This worked for Stephen Mounsey, who studied for a master's in medicinal chemistry with the Open University while working full time as a business-to-business journalist. Mounsey found his income covered his fees and living costs, and he recommends the experience. "I worked in fits and starts for about 25 hours a month and got brilliant support from the university," he says.

Part-time study is an increasingly appealing option for students. Almost two-thirds of British postgrads in the UK are already enrolled part-time, and this number should rise further as tuition fees continue to climb. Part-time or full-time, postgraduate study is always an option for those who can uncover the hidden pots of funding treasure. It is just a case of keeping your mind, and your pockets, firmly open.

This article appeared in print under the headline "Treasure hunting".