Some chores linked to less sex 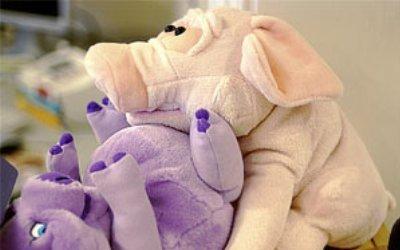 Maybe it’s the apron. Couples in the United States in which the men do more chores around the house have less sex than those in which the husbands don’t do the dishes and laundry as much, a new study finds. The findings appear in the February American Sociological Review.

The division of labor in the typical U.S. household became more egalitarian between 1965 and 1995 says study coauthor Sabino Kornrich, a sociologist at the Juan March Institute in Madrid. As women entered the workforce in droves and had smaller families, men took on more chores.

But the new study, a snapshot of more than 3,500 heterosexual married couples in the United States in the early 1990s, finds that wives were still doing four-fifths of the household chores traditionally associated with women: doing dishes, washing clothes, cooking, cleaning and shopping. The husbands did a bare majority of traditionally male jobs, which comprised yard work, auto maintenance, driving and paying bills, Kornrich says.

“Housework remains a particularly important place where people express their gender identities,” Kornrich says. While those identities may seem traditional or even out of date in light of career changes and shared duties in the home, he says, “it’s not like they have disappeared.”

While he expresses puzzlement that couples would have more sex in relationships when men seem to be shirking some of their home duties, he notes that the finding held up even when he and his colleagues accounted for marital satisfaction. Besides, Kornrich says, beliefs about sex are loaded with double standards, and this study just adds delegation of housework to that mix. “I suspect that sex may change more slowly than other areas [of behavior] because we don’t want to talk about it and don’t want to address it.”

Some scientists remain unconvinced that less work around the home by the man is a turn-on for a couple. “The jury is out on this,” says Oriel Sullivan, a sociologist at the University of Oxford in England, citing research that draws different conclusions.

Constance Gager, a sociologist at Montclair State University in New Jersey, has found that couples in which both spouses contribute a lot to household work tend to have more sex than couples who do less around the house. She refers to it as “work hard, play hard.”

Sullivan acknowledges the possibility that the underlying sensibilities guiding sexual desire and frequency in a marriage have not changed in step with the division of household labor. After all, popular culture still often represents men in highly traditional roles, she says. “The movie image of masculinity, the action hero, has hardly shifted at all over the last 50 years.”
As for sex, frequency may not explain it all, anyway. Gager says that social workers tell her that patients insist that quality matters just as much as quantity.