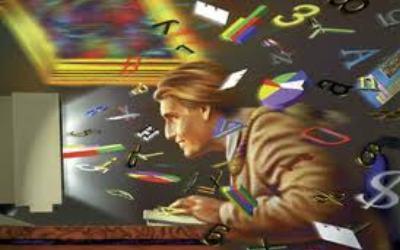 Internet addiction has for the first time been linked with changes in the brain similar to those seen in people addicted to alcohol, cocaine and cannabis. In a groundbreaking study, researchers used MRI scanners to reveal abnormalities in the brains of adolescents who spent many hours on the internet, to the detriment of their social and personal lives. The finding could throw light on other behavioural problems and lead to the development of new approaches to treatment, researchers said.

An estimated 5 to 10 per cent of internet users are thought to be addicted – meaning they are unable to control their use. The majority are games players who become so absorbed in the activity they go without food or drink for long periods and their education, work and relationships suffer.

Henrietta Bowden Jones, consultant psychiatrist at Imperial College, London, who runs Britain's only NHS clinic for internet addicts and problem gamblers, said: "The majority of people we see with serious internet addiction are gamers – people who spend long hours in roles in various games that cause them to disregard their obligations. I have seen people who stopped attending university lectures, failed their degrees or their marriages broke down because they were unable to emotionally connect with anything outside the game."

Although most of the population was spending longer online, that was not evidence of addiction, she said. "It is different. We are doing it because modern life requires us to link up over the net in regard to jobs, professional and social connections – but not in an obsessive way. When someone comes to you and says they did not sleep last night because they spent 14 hours playing games, and it was the same the previous night, and they tried to stop but they couldn't – you know they have a problem. It does tend to be the gaming that catches people out."

Researchers in China scanned the brains of 17 adolescents diagnosed with "internet addiction disorder" who had been referred to the Shanghai Mental Health Centre, and compared the results with scans from 16 of their peers.

The results showed impairment of white matter fibres in the brain connecting regions involved in emotional processing, attention, decision making and cognitive control. Similar changes to the white matter have been observed in other forms of addiction to substances such as alcohol and cocaine.

"The findings suggest that white matter integrity may serve as a potential new treatment target in internet addiction disorder," they say in the online journal Public Library of Science One. The authors acknowledge that they cannot tell whether the brain changes are the cause or the consequence of the internet addiction. It could be that young people with the brain changes observed are more prone to becoming addicted.

Professor Michael Farrell, director of the National Drug and Alcohol Research Centre, University of New South Wales, Australia, said: "The limitations [of this study] are that it is not controlled, and it's possible that illicit drugs, alcohol or other caffeine-based stimulants might account for the changes. The specificity of 'internet addiction disorder' is also questionable."

Case studies: Caught in the web

Chris Staniforth, 20, died of a blood clot after spending up to 12 hours at a time playing on his Xbox. Despite having no history of ill health, he developed deep vein thrombosis – commonly associated with long-haul flight passengers. Mr Staniforth, from Sheffield, had been offered a place to study game design at the University of Leicester. But he collapsed while telling a friend he'd been having pains in his chest.

A mother was jailed for 25 years after her daughter starved to death while she played an online game for hours at a time. Rebecca Colleen Christie, 28, from New Mexico in the US, played the fantasy game World of Warcraft while her three-year-old daughter, Brandi, starved. The toddler weighed just 23lbs when she was finally rushed to hospital after her mother found her limp and unconscious.

Woman jailed after gamble fails to pay off

A woman who stole £76,000 from a company to fund her internet gambling addiction was jailed this week. Lucienne Mainey, 41, from Cambridgeshire, was sentenced to 16 months in prison at Ipswich Crown Court after admitting fraud. The court heard she secretly paid herself by changing old invoices. Mainey turned to internet bingo following the breakdown of her marriage.