School is not only about the core subjects taught 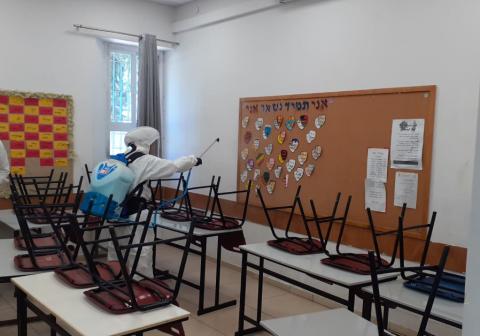 A friend once said “I don’t have problems; I only have challenges.” It is a sentence that has resonated with me over the years. The coronavirus, having now entered its second phase, presents us individually and collectively with challenges. On a personal level, we have had to find ways of utilizing the “extra” time resulting from the lockdown. Some of us have coped better than others but, whether living alone or having to keep children “contained” at home occupied – often without any outdoor space to let off steam – these are pandemic-related challenges.

School is not only about the core subjects taught; it is also about social interaction. This point was brought home to me by a past head of a school who believes the lack of social interchange could be more damaging than a lack of formal education. School is an important vehicle for the development of social skills without which a child can become introverted and withdrawn.

At the beginning of May, the government began allowing children to return to school following the lockdown. Initially, the teaching hours were staggered, endeavoring to limit pupils to a maximum of 17 per class by dividing the class and restricting attendance to two or three days per week. By May 14, most pupils had returned to full-time education, although, some 270 schools soon closed a second time due to pupils or teaching staff having contracted the virus.

The dire economic situation was a prime catalyst for children to resume schooling, thereby enabling parents to return to work. Unfortunately, what was clearly missing was a carefully thought-out comprehensive plan.The total number of children enrolled in our schools is around 2.5 million. The level of education, compared to other countries, was far from satisfactory long before the COVID-19 struck. The report of the OECD (The Organization for Economic Cooperation and Development) through its PISA Student Assessment Tests – a study of 15 year olds’ educational abilities in some 80 countries – revealed the Israeli education system to be in decline; a situation that should be of grave concern to Israel, which relies on its brain power above all else.

TO LEARN more about the state of the education system, the Magazine spoke with Sivan, whose 15 years of teaching include experience at the elementary, middle and high school levels.Sivan cites, as a major challenge, the shortage of good teachers. Not surprising, she says, as the status and salary of a full time teacher are low when compared to other professions. July 2019 saw the beginning of negotiations, with the Histadrut, on salary increases, but due to the impending election campaign, these talks were halted.

Pre-entry requirements to a Teacher’s Training College remain at a relatively low level, resulting in students that sometimes lack the commitment and motivation that are essential for good teaching. Sivan believes this contributes to some 50% of newly qualified teachers discontinuing by the end of their third year in the profession. Moreover, as the unions make firing an individual virtually impossible, schools find it increasingly difficult to rid themselves of unsatisfactory teachers.

What of the parent/teacher relationship? Interference by parents reflecting a growing disrespect for the teacher affects the child/teacher relationship. Clarification of boundaries is urgently required. And teaching large classes (up to 35 pupils and even more) is not ideal.The lockdown experience of teaching children by Zoom has been welcomed by some. Sivan believes that it would benefit both teachers and pupils to consider staggering school attendance by enabling half the class to be taught via Zoom at home for half a week, thereby creating smaller classes at school for the rest of the week.

While this might not work for younger children (whose parents would need to stay and home and supervise their kids) it might work for those in their final three years of schooling. However, some 50% of lower income households lack a robust Internet connection.As we enter the long summer break, there are limited plans to provide youngsters with extra lessons to compensate for the months at home. Two years ago, an Educational Summer School started specifically for kindergarten and elementary school pupils. Normally the school operates for two or three weeks, but this year, because of COVID 19, the school will be extended to five weeks.

Teachers are not obliged to work at these schools but are paid if they choose to do so. No such facility exists for middle and high school students.Sivan’s concluding words to the Magazine were, “In spite of the difficulties, I love teaching. It is a combination of intellectual and emotional challenges. It is about building bridges with the children, who let you know instantly if you have succeeded or not – I treasure the direct feedback.

”THE DIFFICULTY of attracting high-level students to the teaching profession was confirmed by Judith (as we shall call her) who taught in a Teachers’ Training College for 30 years. An increase in the number of these colleges has resulted in the lowering of entrance requirements, as colleges compete with each other, vying for students in order to continue to exist. Judith told the Magazine, “A prime reason for fewer high-level applicants, aside from the low salary and large classes, is the unsatisfactory conditions under which teachers work. The frequent change of governments and ministers of education results in new curriculums and requirements; yet another burden that teachers have to cope with.

A complete overhaul of the educational process is long overdue. Education must become a priority.”COVID-19 has highlighted deficiencies within our education system. The time is long overdue for Israel to face the vital challenge of investing in tomorrow. A key element has to be the elevation of the teaching profession to attract the very best candidates. As the great teacher Abraham Joshua Heschel taught, “What we need more than anything else is not textbooks but text people. It is the personality of the teacher which is the text that pupils read; the text they will never forget.”The writer is public relations chairwoman of ESRA, which promotes integration into Israeli society.