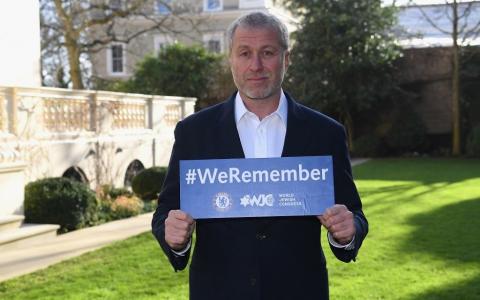 Russian oligarch and philanthropist Roman Abramovich has given $5m. to the Jewish Agency for Israel to assist in its efforts to combat antisemitism around the world. Abramovich, who also has Israeli citizenship, gave his donation due to rising antisemitism in Europe, the US, and beyond and will be used by JAFI’s “International Unit,” which engages in various operations and activities to combat antisemitism.

Antisemitic incidents have been on the rise in the UK, France, the rest of  Europe and in the US in recent years, including increasing numbers of violent attacks, which has heightened the need for better monitoring, intelligence and security measures for Jewish communities across the globe.

Abramovich himself has not commented on his gift, but JAFI chairman Isaac Herzog praised him for his financial assistance. “Jewish communities around the world are coping with record numbers of dangerous, antisemitic attacks. I applaud Roman Abramovich for taking strong initiative to combat antisemitism and am grateful for his contribution to the Jewish Agency’s efforts to ensure Jews are safe in their communities around the world” said Herzog.

“Unfortunately, as I’ve said after too many recent attacks, Jews are once again unsafe on the streets of Europe. It’s a fact. I continue to urge global leaders to unite in a joint and organized effort to fight anti-Semitism and all forms of hate crimes.”

Abramovich, famous for owning the UK’s Chelsea football club and for a fortune estimated at $13b. according to Forbes, was granted Israeli citizenship in May 2018, following a long delay in the renewal of his UK visa making his residency in Britain impossible.

Abramovich has donated some $500m. to Jewish causes, especially in Russia and Israel, and more than $2.5b. in overall charitable donations.