The revolution in special education in Israel 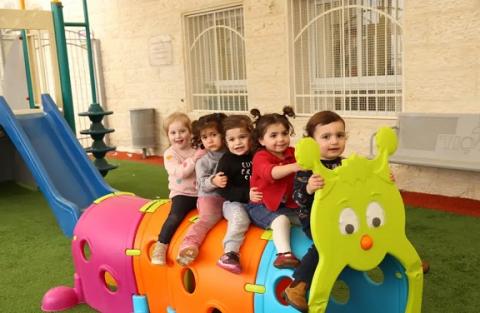 In 1971, soon after his newborn son was diagnosed with Down’s syndrome, Rabbi Dov Levy founded a religious educational framework for children in Israel with special needs. He named it “Seeach Sod” because, for Rabbi Levy, these children were like angels.

Levy, a Ger Hasid, drew his inspiration from Rabbi Yisrael Alter, who served as the fifth Rebbe of the Ger dynasty from 1948 until 1977. Rabbi Alter, known as the “Beit Yisrael,” urged him not to run away from the struggle he faced trying to find suitable educational options for his son.

When Levy was searching for a kindergarten that would agree to accept his son, the rebbe’s reply pointed in the direction of the revolution that would take place. “Such children should only study in a religious place,” said the rebbe. “There is no such religious kindergarten,” Rabbi Dov Levy answered. “Then build one,” Rabbi Alter replied.

In response, Levy built – and not just for himself. In his quiet and thorough way, Dov Levy brought about a revolution in the field of special education.

With no knowledge of the field, no funding, and no accommodations, Rabbi Levy fought the odds and founded Seeach Sod to address the lack of educational frameworks for children with disabilities in the haredi community.

During a meeting with a municipal functionary in Jerusalem on the subject of the need for such a kindergarten for children with special needs, he said, “I want these children to know how to recite brachot (blessings) and Shema. The Torah says, ‘Teach them to your children.’ That means ‘all your children.’ Not just the intellectually gifted ones.”

Since Rabbi Levy’s untimely passing in 2007, his son, Shimon, has continued to build Seeach Sod into a vast network that provides educational, vocational, and living facilities in Jerusalem, Bnei Brak, Beit Shemesh and Safed for individuals with disabilities, from infancy through old age.

Seeach Sod serves as a trailblazer in the religious community and operates with a pioneering spirit, seeking the most innovative solutions to enhance the quality of life for special-needs individuals. The network, which is subdivided into branches catering to various levels of handicaps, encompasses an early daycare center, preschools, elementary and junior high school for girls, Talmud Torah and yeshivah for boys, a vocational center, a community-based residential program, and a respite center.

AS THE organization marks its 50th birthday, it has evolved into a leader in the field, helping the broader Israeli community of special-needs individuals, their service providers and their families in terms of knowledge-sharing and cooperation, so that every Israeli with disabilities is able to access the most advanced therapies and methodologies, for the best quality of life possible.

According to Ruti Morgenstern of Seeach Sod, the staff’s professionalism is matched only by their compassion. “Sari came to Seeach Sod’s daycare center at the age of nine months, suffering from a severe developmental delay due to a congenital brain defect,” she says. “By the age of one year, she still hadn’t turned over, and her parents had lost all hope. No one believed it would be possible, but after years of consistent, uncompromising work, including coaching and supporting the parents to participate in her treatment, this little girl can walk, run, and jump and even speak!”

SEEACH SOD prepares students for integration into their families and communities. Along with cutting-edge therapies, Seeach Sod provides them with an education that is as similar as possible to what is being offered in mainstream religious institutions, including a uniform for the girls, a siddur party, special events, a winter “camp,” and more.

The boys attend a Talmud Torah and continue their education with Talmud studies taught on their level. And what could be more in keeping with Levy’s principles than a religiously observant occupational therapist who teaches the yeshiva students how to don tefillin?!

“The future of Seeach Sod is greater and greater differentiation,” says CEO Shimon Levy. “Each child should really have their own school,” he says. “Each child has their challenges and their strengths. The entire classroom has to speak to the child, physically, academically, and emotionally.

“We can’t give each child their own school, but we do teach them in small groups, made up of children with similar issues,” he says. “It’s better for the students and better for the teachers. We’re also particular about ages. A 20-year-old can’t be together with seven-year-olds – it robs the older student of their dignity. My father always taught us that we must relate to people with disabilities as if they were regular in every way. It’s not right to treat them like children when they’re not.”

The other area that Shimon Levy points to as the future of Seeach Sod is integrating individuals with disabilities into the greater community. Seeach Sod wants to change how society views people with special needs so that their right to be fully included, independent, and respected will become a given. The goal is for the community to accept each person as they are, with all their strengths and weaknesses.

One example that illustrates the integration of such individuals is the more than 50 Seeach Sod-supported apartments in Jerusalem, Beit Shemesh, Bnei Brak and Safed.

“The apartments are nicely decorated and well kept, and we go out of our way to make them welcoming to the neighbors,” says Blimi Zonaband, director of external relations. “Some of our women babysit for their neighbors, and they invite them in to join them for kabbalat Shabbat and other celebrations.

“Seminary girls spend their hessed (acts of performing community service) hours in our apartments, and they learn to interact with the residents in the most natural way. They participated in the Worldwide Shabbat Project by baking hallah with our residents and making decorations. The sensitivity our young volunteers gain from this kind of informal exposure is something they’ll have for the rest of their lives.”

The men are also involved in community outreach. “They not only go to shul with their neighbors,” Blimi says, “but we’re gearing up to run a synagogue of our own, where the neighbors will be invited to attend. Our guys will be the gabbaim, taking care of set-up and clean-up as well as kiddushim.”

THE SYNAGOGUE will be just one of the outreach initiatives in the central, 17-floor building that Seeach Sod is planning to build in Jerusalem. The new center will also have daycare centers where all children can grow together, and an indoor playroom for neighborhood kids that is fully accessible to all.

Seeach Sod graduates will staff a laundromat, a car wash, stores, and mikvaot ritual baths for the disabled. They even plan to open a convalescent home for new mothers, which will also be partially staffed by Seeach Sod graduates.

Seeach Sod began with one father’s determination that his disabled son learn to recite the Shema. It has become much more than that, and under his son’s direction, it has developed into a multi-disciplinary center that enables adults with disabilities to participate meaningfully to create a better world, a world in which all people, whatever their limitations, are valued and respected.