A record year for Israeli high-tech 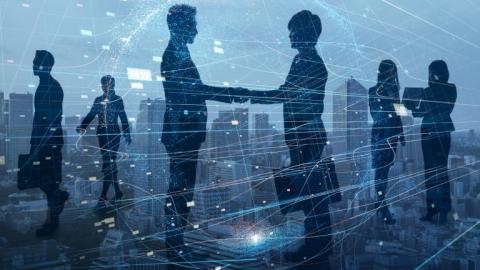 Israel’s tech firms saw exits jump 72 percent in 2019 to a record $21.74 billion from $12.6 billion in 2018, according to an IVC-Meitar 2019 Israeli tech exits report. Exits are defined as merger and acquisition deals or initial public offerings of shares.

The value of exits of Israeli tech firms has grown during the last decade, from 2010 to 2019, with the total number of deals for the period reaching 1,210 for a money value of $111.29 billion, according to the report published Tuesday. When comparing 2010 to 2019, there was a 50% jump in the number of exits and an increase of over 800% in the value of the exits, the report shows.

The report shows that in 2019 there were 138 exit deals, 122 of which were merger and acquisition deals, compared to 122 exits in 2018, of which 106 were M&As. According to the figures, 2019 was a record year for exits in the past decade in terms of the total amount of transactions. The figures exclude the whopping $15.3 billion deal for the acquisition of Jerusalem based-Mobileye by Intel Corp. in 2017. Including that exceptionally high deal, 2017 would have been the record year for the decade.

“2019 was another record year,” said Shira Azran Lahat, a partner at the Meitar Law offices in Tel Aviv, one of the authors of the report. “The figures summarize a decade in which we saw the growth and maturing of Israeli tech firms.”

This maturity can be seen in the number of exits and the amount of money raised by the firms. In 2019, Israeli tech firms raised a record $8.3 billion from investors, in 522 deals, compared to a$6.4 billion in 532 deals 2018. The IVC-Meitar figures differ from those released by PwC in December because the methodology and the databases used are different, explained Meitar’s Azran Lahat.

Last year was also a record year for the number of companies that held exits exceeding $100 million, the IVC-Meitar data shows. There were 26 such transactions, with a total value of $9 billion, compared to 14 in 2018 and 18 in 2017. The firms that raised the big bucks from investors this year represent “the pipeline” of exits Israel will see over the next decade, Azran Lahat said. The expectation is that their exits will be of $500 million or more.

There were four deals of over $1 billion in 2019, with the acquisition of Mellanox by Nvidia for $6.9 billion, which still needs to be completed; of Habana Labs by Intel Corp. for $2 billion, of Click Software by Salesforce for $1.35 billion; and of Lumenis by Baring Private Equity for $1.2 billion.

Last year was also a great year for VC funds operating in Israel. The exit value of VC-backed companies jumped to $7.12 billion from $2.75 billion in 2018.
As in 2018, in 2019 US firms were the biggest buyers of Israeli tech firms, accounting for some 80% of all acquisitions, with US giants like Intel Corp. Google and Microsoft acquiring tens of billions of dollars’ worth of Israeli companies over the past decade.

The share of Israeli buyers remained a stable 6% of all 2019 M&A transactions, both in terms of value and number of deals.

Of the total exits last year, just four Israeli tech firms held initial public offerings of shares in the US capital markets, Fiverr, Tufin, InMode and 89bio, raising a total of $393 million. Two tech firms held IPOs in Australia, two in Canada and one in Sweden during 2019, the data showed. None were held on the Tel Aviv Stock Exchange, compared to three tech firms selling shares on the TASE in 2017 and none in 2018, according to the IVC-Meitar data.

The relatively low IPO figures show that initial public offerings are still “not a common path” taken by firms to gain liquidity, the report said. Looking ahead, Azran Lahat said that Israeli firms will need to not just rely on mergers and acquisitions but look also to more IPOs and secondary offerings to raise funds for growth.

Globally, Israeli tech is enjoying “a prosperity period,” said Guy Holtzman, the CEO of IVC, in a statement. “Israeli technology companies are raising more capital directed toward growth, while international corporations and private equity funds acquire more companies that are witnessing accelerated growth and at a higher price tag than ever before. “