Rallying cry of reform in the Middle East 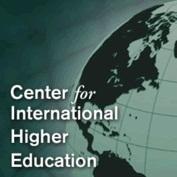 Among the rallying cries of the youthful revolutionary movements in the Middle East is a demand to reform higher education. The complaints are numerous and well founded. They include political interference at many levels, overcrowded classrooms, an inefficient and unresponsive administration, a decline in quality at all levels, an irrelevant curriculum, underqualified professors, and perhaps most significantly - degrees that do not lead to jobs.
The problem is that most of these demands cannot easily be met, regardless of the goodwill of new government and academic authorities or of a strong commitment to academic change. The crisis of Middle East higher education is systemic and requires an entire reconsideration of national higher education strategy. Resources, human and financial, are needed to a scale that is not practical to provide, at least in the short and probably the medium term.

At play are several fundamental issues that are not unique to the Middle East.

The first is the inevitable massification of higher education. In the past several decades, every Middle Eastern country has not only experienced an explosion of the youth population, but also an expansion in the numbers of young people attending universities.

An additional phenomenon, common to many developing countries, including the Middle East, is that higher education expansion has outstripped the ability of the economy to absorb university graduates. It is simply easier to expand enrollments than it is to provide jobs. Also, governments have the further incentive to 'park' young people in universities for a while, rather than have them immediately join the ranks of the unemployed.

A final issue is the deterioration of the average quality of higher education in the mass systems. Again, it is not surprising that, in the context of a mass system generally unaccompanied by concomitant increases in funding, greatly expanded enrollments result in diminished quality. Not only are students literally unable to find room in classes, but also their teachers often have no more than bachelor's degrees themselves.

There are few 'quick fixes' to deeply flawed higher education systems. One of these already being carried out in Egypt is depoliticising the universities. Students demanded the removal of political appointments of administrators, controls over student elections, surveillance of students, and the other elements of the police state that pervaded Egyptian campuses; and to a considerable extent this trend has been accomplished.

It may be possible to enhance administrative efficiency by emphasising sound academic values and installing officials committed to the improvement of the universities. Corruption can be rooted out. Publicly emphasising that the universities are now committed to academic values, excellence, and quality improvement may help boost morale, although this plan is not enough.

Unfortunately, real change is harder and requires both resources, as well, as a roadmap. Neither of these policies are easy to mobilise. Resources without policy produce waste. Creating practical higher education policy for any Middle East country is difficult to accomplish.

The reality of mass higher education is universal. As Egypt has shown, it is not enough to expand existing universities to enrollments of 200,000 or more students and to create new mass universities without clear missions or any semblance of appropriate resources.

Parts of a programme for reform and improvement include an appropriate mix of higher education institutions with differentiated missions, perhaps dismantling some of the mega-universities into smaller institutions, harnessing the growing but inadequately regulated private higher education to serve the public interest, and encouraging academics to obtain higher qualifications and paying them adequately.

Egypt, because of its large population and dependence on human resources for its future, also needs to have at least one world-class research university that can compete internationally, produce relevant research, and provide educated PhDs for the local market.

Other Middle East countries will have somewhat different circumstances and needs, but all face rather similar challenges.

Implementing reform is a challenge. One of the main problems concerns funding. For countries like Egypt and Tunisia, which have traditions of free or low-cost public higher education, charging meaningful tuition at the public universities is tremendously controversial and perhaps politically impossible in the current atmosphere.

Yet, this strategy is perhaps unfortunately necessary, for it is impossible, except perhaps in Saudi Arabia and a few oil-rich Gulf countries, to have free public higher education. Thus, ways will need to be found to introduce tuition fees, perhaps combined with appropriate loan and grant funds. There are simply insufficient public resources to support a quality mass higher education system.

The improvement of higher education in the Middle East includes upgrading the academic profession and providing an academic culture that promotes productivity. With a few notable exceptions, the quality of both teaching and research in the region is not high. Relatively few academics hold doctorates. With the exception of Saudi Arabia and a few Gulf countries, academic salaries are quite low. Academics have been kept down by the bureaucratic rules of the civil service, inadequate salaries, high teaching loads, and political repression - a powerful combination of negative forces.

Ways will need to be found to build a creative academic culture and provide an academic environment so that the "best and brightest" will be attracted to teach and do research. Part of the problem will necessitate creating an academic system that rewards teaching and service in the majority of universities that accomplish little research.

Good governance also forms a necessary ingredient for any effective university. Academics must not only be well educated and reasonably paid, but they must have a role in the governance of the university. This process will be especially difficult to implement in the Middle East, where a combination of political control and a bureaucratic culture have stifled universities for decades. The demands of students to fully participate in governance are strong in the current environment, and students do have an appropriate role as members of the academic community.

Experience shows, however, that the most successful universities are largely governed by the professoriate. Universities also need management, and professional administrators play an indispensable role. Thus, the most-effective universities are complex institutions that require significant autonomy in a broader context of accountability to the public.

The final dilemma is one of the most difficult ones - the relationship between the university and the employment market. Even well-qualified graduates cannot be guaranteed jobs if the economy is stagnating. Unemployed university graduates are a potent political force in many countries and it is difficult to match the output of graduates to the available employment opportunities. The best reforms the educational system can do is to ensure the education of well-qualified graduates.

No doubt, the deficiencies of the higher education system contribute to political instability in the Middle East. Clearly, a significant reform is mandatory. Achieving needed reform in difficult political, social, and economic circumstances constitutes a daunting challenge. First, a roadmap for change is needed. Then, a social consensus must emerge to implement it.