A quarter of French millennials have not heard of the Holocaust 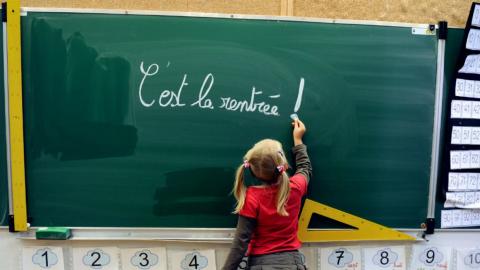 A recent survey conducted by the Conference on Jewish Material Claims Against Germany (Claims Conference) has found that 25% of French millennials have not heard, or think they haven’t heard, of the Holocaust. The survey, which was released on Wednesday in advance of the 75th anniversary of the liberation of Auschwitz, stressed both the desire and the need for Holocaust education. It was the fourth survey done by the Claims Conference in recent months, with others being carried out in the US, Canada and Austria.

Speaking to The Jerusalem Post, vice president of the Claims Conference in Israel Shlomo Gur said that there is no doubt we have reached this point because there is just “too little Holocaust education in schools, and it goes across countries.” Holocaust education needs to be incorporated into both the formal school system and in an informal setting as well, in both Jewish and non-Jewish schools worldwide, he said.

Gur warned that the legitimization of neo-Nazism and the combination of lack of Holocaust education, in France and elsewhere, could have dire consequences. “To even have such a percentage of people think that there is a possibility of the reoccurence of the Holocaust is deeply troubling,” he said. “That is why education is so important.”

The Claims Conference, he said, “is giving a lot of attention to this.... There are few teachers who can teach Shoah education, and therefore we invest a lot in training teachers for Shoah education, and we are talking about hundreds or even thousands that we have trained with a view that they will implement and disseminate their knowledge among the students and this will at least reduce the ignorance related to the Holocaust.”

Asked what else civil society and policy-makers should do to combat this issue, Gur explained that fighting antisemitic movements will delegitimize neo-Nazism and antisemitism. “This trend, which was shown in the French survey as well as in the other countries surveyed, showed that antisemitic views have become legitimate; and when asking about the reoccurrence of the Shoah, large percentages accept it as a possibility,” he reiterated.

He said that on a more personal level, Pastor Martin Niemoller’s poem “First they came” has a lot of meaning when it comes to dealing with these issues. Citing the poem, Gur said, “This trend of legitimizing antisemitic views and accepting the fact that neo-Nazism is increasing is increasing the dangers of a situation described in this poem,” in which no one raises their voice when there is prejudice against a certain group of people.

For Gur, there were several findings of the survey that surprised him. He said that “the fact that, in the heart of Europe, more than two-thirds of those polled did not know six million Jews had been killed in Shoah.” The survey found that only 30% of French respondents overall, and 44% of millennials and Generation Z, believed that two million or fewer Jews were killed during the Holocaust.

Gur also pointed to the lack of knowledge about names of concentration camps. “Only 2% knew about the Drancy internment camp, located in a suburb of Paris itself,” he said, explaining that it was a detention camp for confining Jews who were subsequently deported to the death camps. “The poll asked [people] about several camps, and the numbers kept decreasing, but the fact that they didn’t even know about Drancy was a major surprise to me.”

Moreover, the fact that there has been no curiosity about Drancy or the Vélodrome d’Hiver hippodrome roundup where 8,160 Parisian Jews were rounded up and confined in July 1942 was also concerning for Gur. “Just 56% of millennials and Gen Z were aware of the historical mass arrest, compared to 74% of French respondents overall,” the survey found.

Asked about how to encourage the younger generations to learn about the Holocaust now and in the future as the number of survivors dwindles, Gur pointed out that using formal education “to at least plant the seeds,” together with new media and the Internet are important means of connecting to the next generation and educating them about the Shoah.

“Something like Eva.Stories on Instagram created a lot of debate about whether it was good or bad, but in the end it brought to the attention of the younger generation that something terrible [the Holocaust] had happened,” Gur continued. “Millions saw it....Gradually – if we have more and more stories like that, using other means, or activities, as well as ‘Memory in the Living Room,’ where Holocaust survivors or second-generation [Holocaust survivors] speak about their parents’ experiences into [people’s] living rooms... – [this] brings the subject to the attention of more and more people, and that’s what I think we should and could do.”

He said that whenever he sees events such as massacres happening in the world, “I think of Niemoller’s poem because the majority remain silent, and silence frightens me. We need to educate [about the Holocaust] so that it will be in the minds and consciences of people,” Gur concluded.