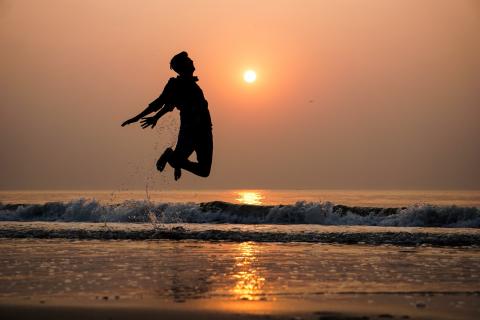 The Jerusalem district was the lowest ranked, ranking below average in 36 life quality measurements and above average in only 16 measurements. Across the country, improvements were recorded in 31 life quality parameters negative trends were recorded in 24 parameters, compared to 2018. The employment rate dropped to 61.1% in 2019, but work satisfaction grew to 90.5% and satisfaction with wages rose to 62.7%.

Alongside the 2019 Quality of Life Index, the CBS also released a number of quality of life measurements from during the coronavirus crisis in 2020. The employment rate dropped by 2.6% to 58.2% from January to October 2020. The prolonged unemployment rate in October rose to 26.5% compared to 16.2% in January. The number of deaths in traffic accidents between January to October 2020 did fall slightly compared to the same period in 2019, with 260 deaths reported in 2020 and 285 deaths reported in 2019.

On the other hand, 55.1% of Israelis over the age of 19 reported being impacted by violent behavior on roads in the second quarter of 2020, compared to 50.7% in 2019. The percentage of Israelis who reported that their health status was not good or not good at all rose from 23.5% in April to 28.6% in November. The rate of depression among Israelis 21-years-old and older also rose from 16.2% in April to 19% in November.

The total death rate in Israel from March to October of this year was 10.7% higher than the rate expected for this year. Almost 21% of the people who died this year died due to the novel coronavirus.From May to November, trust in the government dropped by 22% to 47%.In November, 42.2% of Israelis estimated that their economic status had worsened and 19.7% estimated that it would worsen in the next 12 months.