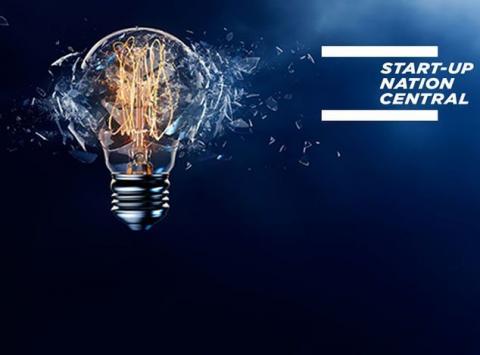 New York-based billionaire, hedge fund manager and philanthropist Paul Singer is setting up a new economic research and policy institute in Israel that will focus on Israeli technological innovation. The new institute will be launched by Start-Up Nation Central, an independent nonprofit organization Singer founded in 2013 to connect international business and government leaders with Israeli technology.

The institute will be home to researchers who will develop long-term policy recommendations to foster the continued growth of Israel’s tech sector and secure Israel’s economy, Start-Up Nation Central said in a statement Monday.

The research team will conduct empirical research, tackle challenges related to growth of the innovation economy, and collaborate with players in the sector, both in Israel and globally, to identify and analyze trends, challenges, gaps and opportunities. The statement said that “particular focus” will be dedicated to research and co-innovation projects that may develop from diplomatic breakthroughs with the UAE and other Arab nations, as part of the normalization of ties following the Abraham Accords.

The institute will collaborate with the team at Start-Up Nation Central, which connects business, government and nonprofits from around the world with Israeli innovation.

Eugene Kandel, who has served as Start-Up Nation Central’s CEO for the last six years, will serve as co-chairman of the new, still unnamed, institute. He will become senior adviser at Start-Up Nation Central. Singer, who is the founder, president and co-CEO of hedge fund Elliott Management, will serve as co-chairman of the new research institute. Kandel, an economist, is a professor of economics and finance at the Hebrew University of Jerusalem. He previously served for six years as chairman of the National Economic Council in the Israeli Prime Minister’s office.

“In an increasingly competitive post-COVID era, the success of innovation ecosystems depends on strategic, long-term policy,” Kandel said in the statement. “This new institute will engage in and support rigorous research and develop concrete policy recommendations, to foster the continued growth of Israel’s tech innovation sector and securing an economically resilient Israel.” The institute will collaborate “with the innovation sector, academia, government officials, and other global partners,” he added.

“As Israel’s innovation sector continues to mature and encounter new challenges, the institute will be a critical resource serving as a center of excellence for research and policy,” Gabai said. “We will help decision-makers address the challenges of sustaining a thriving innovation sector by providing them with new data, research, and policy ideas for the benefit of the Israeli economy and all parts of Israeli society.”

Analysts working at Start-Up Nation Central will move to the institute, and will be joined by other full-time researchers, a spokesman for the nonprofit said.

Start-Up Nation Central will soon start a search for Kandel’s successor, led by board chairman Terry Kassel, the statement said. “The last six years have proved the critical role the creativity and resourcefulness of Israeli entrepreneurs and innovators play in the Israeli economy,” Kassel said. The new institute will build on the work of Start-Up Nation Central “to generate policy and strategy recommendations that will benefit the Israeli ecosystem and ensure Israel’s place as the global leader in innovation.”