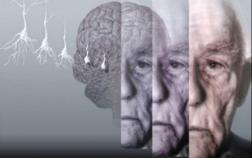 An Israeli neurologist compiled studies on patients who suddenly started drawing, sculpting or writing while on dopamine-stimulating drugs.

Israeli neurologist Dr. Rivka Inzelberg noticed for years that patients taking dopamine-stimulating medication to control symptoms of Parkinson’s disease didn’t bring her the customary box of chocolates at holiday time. Instead they brought drawings, sculptures or poems they’d created despite never having been artistically inclined before. “I saw it was becoming such a phenomenon, and I looked in the literature to see if anyone ever worked on this,” she tells ISRAEL21c. “I found many articles about patients who have become artists in the context of being Parkinsonian.”

Inzelberg has now written her own article, soon to be published in the journal Behavioral Neuroscience, which reviews and summarizes all the knowledge thus far accumulated about this phenomenon. In the article, she also brings up related questions about the role of dopamine – a brain neurotransmitter that is lacking in people with Parkinson’s – on human creativity.

Inzelberg, who treats patients at the Joseph Sagol Neuroscience Center at Sheba Medical Center and teaches at the medical school of Tel Aviv University, says the connection between dopamine and artistic tendencies has been observed for years. The artist Vincent Van Gogh suffered from schizophrenia, which is characterized by the overproduction of dopamine. And psycho-stimulants such as cocaine and Ecstasy increase activity of dopamine in the brain.“People think these drugs help them become more creative, but there is no systematic study that checked this, except anecdotal studies among addicts showing creativity or a high self-measure of talent,” cautions Inzelberg.

Too much dopamine may also cause impulsive behaviors, because this brain chemical is responsible for reward-driven behavior and pleasure seeking. “The feeling of happiness from rewarding activities is transferred by dopamine in the brain,” she explains. “It is possible that in patients with Parkinson’s, when they take these drugs to ease their muscle disability, a side effect can be a need to do things that bring pleasure in a hyper way such as hobbyism or gambling”.

One of the case studies she read involved a medicated Parkinson’s patient who painted compulsively around the clock, but stopped when the dosage was reduced. Inzelberg stresses that not all Parkinson’s patients on dopamine-stimulating drugs develop creativity or impulsiveness. She and several colleagues are currently building a battery of tests to measure creative skills and impulse control in order to figure out why some patients on dopamine stimulants develop these traits while others do not.

“This is important for a better understanding of the neurological basis of creativity in ‘normal’ humans. Is it possible something else aside from dopamine is influencing this?” asks Inzelberg. Her main area of interest over the past 25 years of her medical practice has been diseases of the aging brain, including both Parkinson’s and Alzheimer’s. Each of these conditions affects millions of people worldwide.

“I’m interested in the epidemiology of the disease, what changes its onset and course; genetic factors that influence the course of the disease; and also concomitant diseases.” She explains that people with Parkinson’s disease seem to be protected from all kinds of cancer except for skin cancer; they actually have a higher risk of developing skin cancer. “If we can find why they have such low rates of almost every cancer, this would be significant for saving lives,” Inzelberg says.