Palestinians want all of Jerusalem 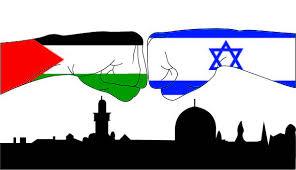 A new poll published Monday revealed that the overwhelming majority of Palestinians in both the Gaza Strip and West Bank want control over all of Jerusalem, including its predominantly Jewish western half.

The poll conducted by the Palestine Center for Public Opinion and published by the Washington Institute for Near East Policy think thank found that half of respondents “strongly agree” with the statement, “We should demand Palestinian rule over all of Jerusalem, east and west, rather than agree to share or divide any part of it with Israel.” Another 25 to 30 percent agree “somewhat” with the idea.

The institute said these numbers “confirm results from a 2017 poll, which went unreported as an ‘outlier’ or statistical anomaly at the time.” It also noted that “those percentages are about the same for the Palestinians of East Jerusalem, who work and travel freely in the mostly Jewish half of the city west of the 1967 frontier.”

Despite this seemingly extreme position, the poll also found that only a quarter of respondents wanted a new armed conflict with Israel, though two-thirds believed attacks on settlers and Israeli security forces were justified.

Another surprising find was that the issue of terrorist prisoners was much lower on the agenda of Palestinians than widely thought. Indeed, half of respondents agreed with the statement, “The Palestinian Authority should stop special payments to prisoners, and give their families normal social benefits like everybody else.”

At the same time, only one quarter said that the prisoner issue was their top priority. The two-state solution, despite rumors of its demise, was found to be doing well, as only 18 percent of West Bank residents, 12 percent of Gazans and 20 percent of eastern Jerusalemites agreed with the idea of a “one-state solution, in which Arabs and Jews would [have] equal rights in one state from the river to the sea.”

The poll conducted face-to-face interviews with 500 people from the West Bank and Gaza, and 200 from eastern Jerusalem.