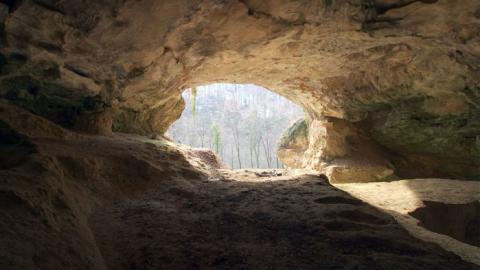 The insult "You're a Neandertal!" has taken on dramatic new meaning in the past few years, as researchers have begun to identify the genes many of us inherited from our long-extinct relatives. By sequencing a remarkably complete genome from a 50,000-year-old bone fragment of a female Neandertal found in Vindija Cave in Croatia, researchers report online today in Science a new trove of gene variants that living people outside of Africa obtained from Neandertals. Some of this DNA could influence cholesterol levels, the accumulation of belly fat, and the risk of schizophrenia and other diseases.

The genome is only the second from a Neandertal sequenced to such high quality that it can reliably reveal when, where, and what DNA was passed from Neandertals to modern humans—and which diseases it may be causing or preventing today. "It's really exciting because it's more than two times better to have two Neandertal genomes," says evolutionary genomicist Tony Capra of Vanderbilt University in Nashville.

The first Neandertal genome was a composite drawn from three individuals from Vindija Cave. Then, over the past few years, ancient DNA researchers sequenced two more Neandertal genomes, including another high-quality sequence from an individual that lived 122,000 years ago in the Altai Mountains of Siberia. Together, the genomes showed that living Europeans and Asians carry traces of DNA from Neandertals who mated with members of Homo sapiens soon after our species left Africa. (Most Africans lack Neandertal DNA as a result.)

A key question has been: What does this archaic DNA do in living humans? Drawing largely on the Altai genome, researchers have published on about two dozen Neandertal gene variants that influence living humans' risk of allergies, depression, blood clots, skin lesions, immunological disorders, and other diseases.

In a separate study published in the American Journal of Human Genetics today, Janet Kelso of the Max Planck Institute for Evolutionary Anthropology in Leipzig, Germany, and her team scanned more detail genetic and physical trait data from more than 112,000 participants in the UK Biobank pilot study to find out what Neandertal DNA they had inherited. They report that the Neandertal genes (drawn from the Altai Neandertal) influence how people respond to sunlight exposure, such as how easily they tan, their hair color, sleep patterns, and mood.

But the Vindija Neandertal lived closer than the Altai one to the time and place where Eurasians' ancestors mated with Neandertals—likely 50,000 to 60,000 years ago, perhaps in the Middle East. So its DNA promised better insight, especially with recently improved methods to extract and sequence ancient DNA. Evolutionary geneticist Kay Prüfer of the Max Planck Institute for Evolutionary Anthropology in Leipzig, Germany, and colleagues sequenced each base of the female's genome about 30 times on average. The team also used radiocarbon and genetic methods to date the bone.

As expected, this Neandertal's genome is more closely related to today's Europeans and Asians than that of the Altai Neandertal. And Prüfer and his colleagues already have discovered 16 new Neandertal gene variants passed on to living humans. These include changes in genes already known to govern levels of cholesterol and vitamin D, and to influence the risk—for better or worse—of developing eating disorders, rheumatoid arthritis, and schizophrenia, as well as the response to antipsychotic drugs. Researchers will now more closely study how each Neandertal version tips the balance in living people.

The new Vindija genome also allowed the researchers to better calculate how much Neandertal DNA different groups of humans outside of Africa have inherited. East Asians, with 2.3%–2.6% of Neandertal DNA, topped people from western Asia and Europe, who had 1.8%–2.4%. Prüfer and his colleagues confirmed that the ancestors of the 122,000-year-old Altai Neandertal had also interbred with H. sapiens in a much earlier encounter that took place more than 130,000 years ago.

The Altai and Vindija genomes are remarkably similar and that limited genetic diversity suggests that Neandertals lived in small, isolated populations of about 3000 individuals of reproductive age, Prüfer says. "This speaks to debates about why they went extinct," Capra says. "They probably were less robust in their response to disease, starvation, and changes in climate."