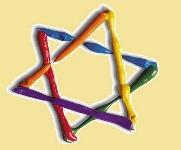 Netanyahu's broad coalition, in which parties like Kadima and Yisrael Beiteinu pretend to represent the secular public, must support this bill, which would reduce Orthodox control over at least one area of life.

Israel's secular population has gotten used to the control the Orthodox religious establishment exerts on many aspects of life, private and public alike. But every so often a new issue crops up that reminds us of the depth of Orthodoxy's control, which would not be possible without the self-deprecating acquiescence of the secular public's representatives in the Knesset and the cabinet.
Such an issue is the one being challenged by a bill sponsored by MK Nitzan Horowitz (Meretz ), which would void the section of the Adoption Law that requires parents and adopted children to be of the same religion. This clause means that non-Jewish children who are adopted by Jews must be converted - under Orthodox auspices, of course.

Those adopting non-Jewish children must convert them through a special Orthodox rabbinical court that deals with converting minors and which operates under the Chief Rabbinate. The process not only includes an order to send the child to a religious school, but also attempts to change the parents' way of life: They are asked to start observing Shabbat and kashrut, and to go to synagogue.

These demands, which have legal backing, are a gross interference in the way of life - which in a democratic society is supposed to be the parents' choice - of anyone wanting to adopt a non-Jewish child.

Parents who are honest and open and decide not to follow these orders risk a confrontation with the rabbinical establishment, which follows the process and will approve the conversion only after a probation period. Other parents, unwilling to put the adoption process at risk, lie.

The Orthodox control over the adoption process is a reality that cannot be tolerated. The Ministerial Committee for Legislation, which debated Horowitz's bill on Sunday, decided, as expected, not to decide on the matter, claiming that a Justice Ministry committee was examining the issue and that it prefered to wait for the panel's findings. Past experience shows that chances the situation will change are slim: A similar bill was debated 12 years ago but was rejected under pressure from the ultra-Orthodox parties.

Prime Minister Benjamin Netanyahu's broad coalition, in which parties like Kadima and Yisrael Beiteinu pretend to represent the secular public, must support this bill, which would reduce Orthodox control over at least one area of life.