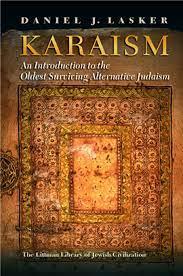 Who were the historical “ba’alei mikra,” or men of the text? Daniel Lasker’s book on Karaism sheds light on the origins, development and beliefs behind this Jewish sect, who though they only constituted a minority, contributed vastly to what he calls “the greater Jewish collective.”

Lasker provides a basic introduction to Karaite history and the sect’s fundamental differences from Rabbinic Judaism, as well as their influence on and interaction with mainstream Judaism.

When did Karaism, as a Jewish schism that rejected rabbinic oral tradition, first emerge?

Lasker offers three widely accepted theories as to the group’s origins. He first suggests Karaism to be an offshoot of Second Temple dissidents, known as Sadducees, who rejected Jewish oral law. Touching upon the Karaite assertion that eighth-century religious leader Anan ben David was its founder, Lasker regales the tale of Anan’s revolt from Rabbinic Judaism.

He recounts what many rabbinic sources claim: Anan rebelled in an attempted power-grab after he failed to be elected as the exilarch, leader of Jewish exiles. Anan went on to deny his affiliation with Rabbinic Judaism and formed a group of followers, the Ananites. Lasker points out various discrepancies in the account, lending skepticism to this theory of Karaite origin, including the fact that many early Karaites “attacked” Anan and he was only later “adopted” as the group’s founder.

Lasker includes Rabbi Judah Halevi’s explanation in his Sefer Hakuzari, namely that the first Karaites emerged during the Second Temple period, when rabbinic sages were exiled by King Yannai (Alexander Jannaeus), and those who remained were compelled to use their own “logic” to understand the Torah in the absence of rabbinic tradition.

“The most significant characteristic of Karaite biblical exegesis… is not a literal scripturalism but a rejection of the authority of the textual interpretations embodied in what Rabbinic Judaism calls the oral Torah,” he writes.

“The most significant characteristic of Karaite biblical exegesis… is not a literal scripturalism but a rejection of the authority of the textual interpretations embodied in what Rabbinic Judaism calls the oral Torah.” Daniel Lasker

Lasker proposes that the only theological difference between Karaite and Rabbinic Judaism is Karaite denial of the oral code. To support his claim, he supplies principles of faith detailed by both Karaite and Rabbinate leaders that convey their similarity in belief, specifically regarding God’s existence, unity, creation of the world, the truth of the Torah, the purpose of prophets, future redemption and reward and punishment.

This difference in belief emerges from the Karaite understanding that the oral tradition is a second Torah, while the written Torah is true, perfect and one. From this sole distinction in their doctrine, all the laws of the oral Torah were rejected by Karaites, creating a tremendous rift in religious practice. Therefore, according to Lasker, the fundamental question that divides Karaites from Rabbinic Judaism is, “Did God reveal one Torah or two Torahs at Mount Sinai?”

Lasker’s assertation that Karaism “challenges the underlying assumption of Rabbinic Judaism, namely, that on Mount Sinai God gave Moses two Torahs,” is quite thought-provoking and presents the reader with another question entirely – does Rabbinic Judaism accept two Torahs or does it maintain that the oral and written Torah are one?

Due to their rejection of Jewish oral law, Karaites proceeded to derive their legal code from biblical exegesis, using logical analogy or deduction from laws explicitly stated in Scripture, when necessary. That is not to say that Karaites defined all laws literally; while Rabbinic Judaism interprets the commandment to post the words of the Shema on their doorposts literally, Lasker notes, Karaites interpret it symbolically.

Notable differences in Karaite law can also be found in calendrical dates, holidays, dietary restrictions, ritual purity, marriage and liturgy. One striking Karaite practice that radically differentiates its law from rabbinic legislation is that Karaite-Jewish identity passes paternally from generation to generation. As such, the Karaite legal code differs to such an extent that “Observant Karaites and Rabbanites cannot eat together, cannot pray together, cannot celebrate festivals together and generally cannot marry each other,” Lasker explains.

Despite the extensive difference in practice, early Karaite biblical interpretation and its critical view on Rabbinic Judaism influenced and cultivated Jewish thought throughout the ages. Karaite focus on grammar and philology in Scripture provided biblical commentaries that many rabbinic sages built upon, and it offers an important tool to understand the development of the Hebrew language. Their attacks on the contradictions between the written and oral law, criticism of mysticism and many midrashic stories in the Talmud urged rabbinic authorities to defend and strengthen their beliefs and practices and refute such criticism.

While early Karaism was decidedly committed to the Torah and Jewish identity, Karaite “de-Judaization” began in the 1800s, when Russian Karaites denied their Jewish affiliation to protect themselves from antisemitic laws. The Eastern European Karaite leaders eventually abandoned Hebrew study, Jewish names and many other traditions to “secure a better status for the community.”

Through their denial of Jewish roots, European Karaites survived the Holocaust, but their “separation from the Jewish people have left their descendants on the brink of disappearance.” Lasker approximates Karaite Judaism has dwindled to 0.3% of the Jewish population, and what remains of Israeli-Karaite communities are not recognized by Israeli law, have no governmental support and suffer great prejudice.

Lasker’s book offers an extremely well-researched introduction to the relatively unknown and un-researched branch of Jewish history that includes Karaite Jewry and its texts, commentaries and records, in the hope that it inspires readers to continue learning about the “oldest surviving alternative Judaism” and “the give and take between” Karaism and Rabbinic Judaism, which “had the effect of enriching both.”