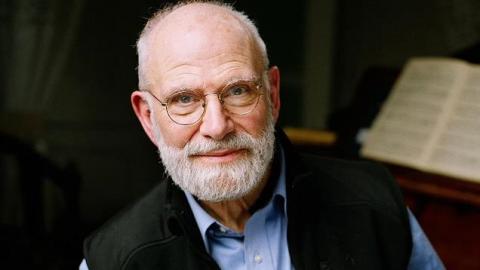 "I cannot pretend I am without fear. But my predominant feeling is one of gratitude. I have loved and been loved; I have been given much and I have given something in return; I have read and traveled and thought and written. I have had an intercourse with the world, the special intercourse of writers and readers. Above all, I have been a sentient being, a thinking animal, on this beautiful planet, and that in itself has been an enormous privilege and adventure". (Oliver Sacks, The New York Times)

Oliver Sacks, the eminent neurologist and writer garlanded as the “poet laureate of medicine”, has died at his home in New York City. He was 82. The cause of death was cancer, Kate Edgar, his longtime personal assistant, told the New York Times, which had published an essay by Sacks in February revealing that an earlier melanoma in his eye had spread to his liver and that he was in the late stages of terminal cancer.

The London-born academic, whose book Awakenings inspired the Oscar-nominated film of the same name, wrote: “A month ago, I felt that I was in good health, even robust health. At 81, I still swim a mile a day. But my luck has run out – a few weeks ago I learned that I have multiple metastases in the liver.”

Sacks was the author of several books about unusual medical conditions, including The Man Who Mistook His Wife For a Hat and The Island of the Colourblind. Awakenings was based on his work with patients treated with a drug that woke them up after years in a catatonic state.

Sacks came across the patients in 1966 while working as a consulting neurologist for Beth Abraham hospital, a chronic care hospital, in the Bronx. Many patients had spent decades in strange, frozen states, like human statues. He recognised them as survivors of the encephalitis epidemic that had swept the world from 1916 to 1927, and treated them with a then-experimental drug, L-dopa, which enabled them to recover.

These patients became the subjects of Awakenings, which later inspired a play by Harold Pinter – A Kind of Alaska. The 1990 film version, starring Robert De Niro and Robin Williams, was nominated for three Oscars including best picture.

A figure of the arts as much as the sciences, Sacks counted among his friends WH Auden, Thom Gunn and Jonathan Miller. As tributes were paid from across the world, Michiko Kakutani, the New York Times writer, praised his ability to make connections across the disciplines.

She wrote: “[He] was a polymath and an ardent humanist, and whether he was writing about his patients, or his love of chemistry or the power of music, he leapfrogged among disciplines, shedding light on the strange and wonderful interconnectedness of life – the connections between science and art, physiology and psychology, the beauty and economy of the natural world and the magic of the human imagination.”