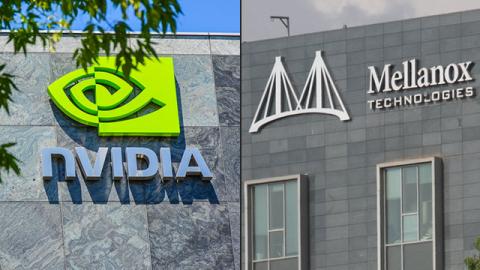 US gaming and computer graphics giant Nvidia Corp. on Monday announced the completion of its acquisition of Israel’s Mellanox Technologies, Ltd. for a total of $7 billion. The acquisition, initially announced on March 11, 2019, “unites two of the world’s leading companies in high performance and data center computing. Combining NVIDIA’s leading computing expertise with Mellanox’s high-performance networking technology,” Nvidia said in a statement. The move will enable customers to achieve higher performance, greater utilization of computing resources and lower operating costs.

“The expanding use of AI and data science is reshaping computing and data center architectures,” said Jensen Huang, founder and CEO of Nvidia, in the statement. “With Mellanox, the new Nvidia has end-to-end technologies from AI computing to networking, full-stack offerings from processors to software, and significant scale to advance next-generation data centers. Our combined expertise, supported by a rich ecosystem of partners, will meet the challenge of surging global demand for consumer internet services, and the application of AI and accelerated data science from cloud to edge to robotics.”

Mellanox, with headquarters in Yokne’am and Sunnyvale, California, is a maker of high-speed servers and storage switching solutions that allow massive amounts of data to move within and between computers. The products developed by the firm, a pioneer in InfiniBand and Ethernet technologies, are used in supercomputers globally. The firm will continue to operate as a separate entity within Nvidia, Huang said in March last year.

Eyal Waldman, founder and CEO of Mellanox, said in the statement released on Monday that “this is a powerful, complementary combination of cultures, technology and ambitions.” “As Mellanox steps into the next exciting phase of its journey, we will continue to offer cutting-edge solutions and innovative products to our customers and partners,” he added.

At signing, in March last year, the deal, estimated at the time at $6.9 billion, was the second largest tech deal in Israel and the third largest acquisition of an Israeli firm, according to data compiled by IVC Research Center, which tracks Israel’s tech industry. As part of the deal the US firm would acquire the company’s shares traded on the Nasdaq at a premium.

The acquisition got approval from the Chinese antitrust authorities last week, paving the way for the completion of the deal on Monday. China’s approval was necessary as both firms generate significant revenues from China, the biggest market for semiconductors. In addition, there were concerns that US-China trade tensions could jeopardize the deal. The Chinese nod follows antitrust approval from the European Commission and Mexico and the expiration of the waiting period required under US antitrust laws.