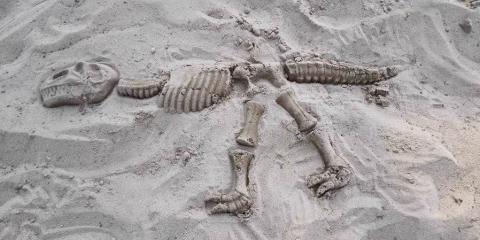 Throughout the history of life on Earth, ecological and evolutionary processes have been the means by which the biological world survives environmental change. Instead of automatically resisting such change, environmentalists and conservationists should distinguish between “good change” and “bad change.”

Sixty-six million years ago, a celestial body crashed into the Earth and wiped out the dinosaurs. With that, there was space for the rise of mammals and, eventually, the evolution of a tool-wielding, linguistically capable, bipedal ape with the power, some argue, to have almost as transformative an impact on the planet as that celestial body. As we enter the so-called Anthropocene epoch, in which human activity is a dominant influence on the climate and environment, we must take a hard – and nuanced – look at how we are using that power.

Many believe the world is becoming increasingly “unnatural” – tainted by humanity. But, given that humans evolved within the world’s biological system, everything we do – killing off species, razing forests, polluting the atmosphere – can be regarded as a natural product of the evolutionary process.

By this logic, the world does not become any less natural as we change it. It could be argued that environmentalists and conservationists, in their efforts to return the environment to a past version of itself, are fighting against nature. The reality of today’s world is that it is impossible to separate completely the human from the non-human influences on biological communities.

Throughout the history of life on Earth, ecological and evolutionary processes have been the means by which the biological world survives environmental change. Instead of automatically resisting such change, therefore, environmentalists and conservationists should distinguish between “good change” and “bad change.” The challenge is to define good and bad.

Most people would agree that the complete extinction of a species is a bad thing. Yet, when it comes to the decline of some species (say, disease-susceptible island birds), we may choose not to intervene, not least because, realistically, it would be hard to resist their replacement by evolutionarily “superior” models (such as pathogen-resistant birds). I personally would favor the extinction of the most virulent human pathogens.

Nonetheless, conserving as many species as possible makes sense. Since the descendants of today’s living species will go on to comprise all future ecosystems – formed when humans or planetary processes generate novel conditions – there is a clear advantage to having more kinds of them. Indeed, more species function as “spare parts” for the environment, and conservation amounts to a kind of long-term environmental insurance policy.

More contentious is the transportation of species to new ecosystems. Gardeners may love to plant exotic species in their backyards, but communities often treat the “foreign” plants that begin to grow in the countryside as invasive – a dangerous departure from the past. Sometimes, those plants are doused in herbicides, usually to no avail.

So strong is the resistance to such changes that the United Kingdom waits about 1,000 years before it regards a species, like the rabbit, as native. In Australia, there is a debate over whether the dingo – introduced thousands of years ago – should be counted as indigenous.

Yet, so far, the roughly 2,000 non-native plant and animal species in the UK have not directly caused any native species to become extinct, with most causing little or no harm at all. In fact, the importation and spread of immigrant species has increased biological diversity in most regions of the world in the last few centuries. These regional increases – including a 20% rise in the number of plant species growing wild in European countries and the United States, and a doubling of plant species in the Hawaiian Archipelago and other Pacific islands – could be interpreted as a positive development.

Given this – and the impracticality of trying to repatriate most foreign species – newcomers should be accepted more or less immediately. That certainly makes more sense than engaging in millennia-long debates about them, in the name of some idealized past version of the natural world.

There is no going back, because entirely new species continually come into existence, particularly through the hybridization of transported species. More new hybrid plants – such as cord grass and monkey flowers – have evolved in the UK in the last three centuries than have gone extinct throughout Europe over the same period (according to existing records). The situation is similar in North America.

This evolution of new human-associated species means that, in the Anthropocene, we are effectively creators of new biological diversity as well as destroyers of the old. We no longer merely depend on the planet; we are now also shaping it.1

Recognizing that, we should certainly resist changes that are unequivocally “bad.” But when it comes to biological changes that will enable species to adjust to environmental changes – the process by which species have always survived – we should take a more accepting and even pro-active approach.

As I argue in my recent book Inheritors of the Earth: How Nature is Thriving in an Age of Extinction, we are living in a “new natural world.” It is still driven by the same ecological and evolutionary dynamism as always. The difference is that that dynamism is now fueled largely by the activities of a human population of 7.6 billion (and rising). Species will move into new human-created environments and evolve alongside us. We should let them. Maybe we should even help them.