New fund for people with disabilities honors in Israel 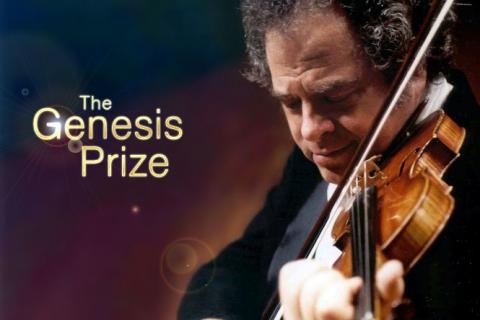 Foundation and the Jewish Funders Network launched “Breaking Barriers” on Monday, a matching grant program in honor of 2016 Genesis Prize Laureate violinist Itzhak Perlman. The initiative will promote the inclusion of people with disabilities in all aspects of Jewish communal life, echoing Perlman’s lifelong dedication to breaking barriers and creating a fully inclusive society for people of all abilities, the two organizations said.

“I am honored to be part of ‘Breaking Barriers’ and to have the opportunity to encourage other funders to join this critical initiative so that each person, regardless of his or her abilities, will have the opportunity to maximize their potential and to participate as full members of the community,” Perlman said. “This is a great opportunity to open more doors and accept all who choose to enter.”

This is the second matching grant collaboration between the Genesis Prize Foundation and Jewish Funders Network, following the 2015 Avenues to Jewish Engagement for Intermarried Couples and their Families, in honor of 2015 Genesis Prize Laureate actor and director Michael Douglas, which generated $3.3 million in new funds. These matching grant initiatives mobilize the philanthropic community to increase the number of funders and grant dollars supporting their respective causes.

Perlman received the 2016 Genesis Prize at a ceremony on June 22 in Jerusalem “for his outstanding achievement as one of the most preeminent classical musicians in the world and for his unceasing dedication to improving the quality of life and opportunities available to people with disabilities.” In lieu of accepting the NIS 3.2m. prize money, Perlman asked that the funds be used to promote inclusion and breaking barriers in both North America and Israel.

Perlman’s prize money will be directed to support local organizations and projects that promote culture and assist Israelis with disabilities, under the management of Matan – United Way. Matan CEO Ahuva Yanai will serve as chairman of the committee that will decide on the distribution of funds. In his video statement published on YouTube, Perlman said, “To receive the Genesis Prize is a great honor, yet also a great privilege to contribute it to Israeli society in general and to enrichment of the cultural experience of Israelis with disabilities in particular.”

Of the NIS 3.2m., NIS, 940,000 will be invested in the special Perlman-Genesis Strings Project, a five-year Tel Aviv Conservatory program for outstanding young string instrumentalists. In addition, NIS 188,000 will be awarded to the House of Wheels (Beit Hagalgalim) organization and NIS 94,000 to the Chicago Community Center in Lod.

The bulk of the sum, NIS 2m., is intended to support projects that bring classical art to people with disabilities. The funds will be distributed by Matan through a competition that will help select the best projects that meet Perlman’s vision. In North America, a fund of $1m. was created with the generosity of philanthropist Roman Abramovich. This combined approach will generate more than $3m. in new philanthropic investment through the matching grant initiative in Israel.

“Once again, the Genesis Prize has the honor of celebrating the achievements of an individual who, through his passion and dedication to Jewish values, desires to improve the lives of others,” Genesis Prize Foundation cofounder and chairman Stan Polovets said. “The Genesis Prize is proud that its 2016 Laureate has highlighted a timely and critical issue, which with increased attention will strengthen the Jewish community and all of society.”

JFN president and CEO Andrés Spokoiny said the organization was thrilled to continue bringing inclusion of people with disabilities to the forefront of the Jewish philanthropic agenda. “Jews of all abilities are the community’s constituents,” he said. “Proactive inclusion of people with disabilities has to be incorporated into the planning and execution of everything we do. This matching grant initiative will move us further in that direction.”

Grants in the US or Canada of $25,000 to $75,000 will be matched dollar for dollar. Priority will be given to organizations that seek to create lasting, systemic change. All information about the matching grants fund, including eligibility criteria, the submission process and the application, is available at www.breakingbarriers-match.org.