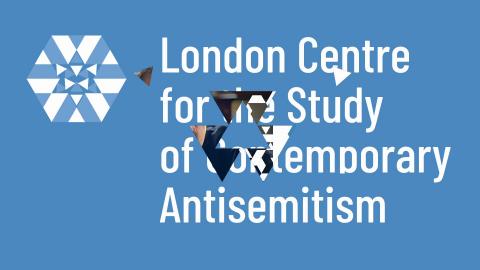 Sir Keir Starmer and the Chief Rabbi have hailed the launch of a new academic centre to study antisemitism as vital to tackling rising Jew-hatred. The Labour leader told the JC the London Centre for the Study of Contemporary Antisemitism (LCSCA) had his “full backing” in undertaking its “important work”.

Sir Keir said: “It’s vital that as a society we continue to challenge antisemitism in all its forms and provide the education needed to prevent it. I look forward to seeing the impact of their work.”

The institution is set to be unveiled on Sunday with the start of a three-day festival at the Bloomsbury Theatre, London, which will join leading academics with prominent Jewish figures. The line-up includes former Labour MP Luciana Berger, writers David Baddiel and Howard Jacobson, TV star Rachel Riley and actress Tracy-Ann Oberman.

Howard Jacobson told the JC that it is essential to challenge antisemitism on campus. “Ten years ago I would probably have said the Centre was a good idea,” he said. “Five years ago I would have said we could do with it. Today I say it is essential. Far from shrinking away for want of an audience, as we all believed and hoped, the ancient theatrics of antisemitism are back, this time — largely via the hoax of anti-Zionism -- orchestrated into a new and if anything more virulent pantomime of hate.

“Where once it had the ear of an ignorant populace, it is now performed almost exclusively by and for the prejudicially half-educated, who are more sinister.  There was a time when we looked to universities, literature, the arts generally, to fix ignorance, misinformation, miseducation, malevolence.

"But now that universities are breeding grounds for precisely those vices, and the book-reading, theatregoing community is naive, inflammable, ill-informed and terrified of appearing illiberal, we are at a loss to who to turn to.

“Enter, when it couldn’t be more needed, the London Centre for the Study of Contemporary Antisemitism. It must succeed.”

LCSCA’s guiding mission is to tackle the intellectual underpinnings of antisemitism within British academia. If Jew hatred is not challenged on campus, its backers say, future generations of students will be corrupted by bigotry.

Founder Dr David Hirsh told the JC that a “hostile environment” on campus means it can be tough to get promotions or funding for those who study antisemitism. In a video message due to be played to the conference, Chief Rabbi Ephraim Mirvis will underline the “significant threat” posed by racism to Jewish life in the UK. He will say: “In my own experience I have found that when writing and speaking on the subject of antisemitism and when fielding questions in the issue ones words will only carry weight and make a deep impact if they are backed up by authoritative and reliable facts and figures.

“Nowhere is this more evident than on university campuses, where it is incumbent upon us to engage in the battle against antisemitism within the arena of ideas. For this reason I welcome enormously the establishment of the London Centre for the Study of Contemporary Antisemitism, and I wish it much success in its crucially important work for the sake of our future.”

Dr Hirsh, a senior lecturer at Goldsmiths, University of London, said it was increasingly difficult to study Jew hatred on campus. He told the JC: “It’s difficult to get published in the right journals. “We’d like an MA programme, a thriving PhD programme, we’d like research fellows to be doing research. “That’s very difficult because they can’t get the funding.”

LCSCA has created a network of supporters donating £10 a month to support its work. It is seeking donors from across British public life.