The Most Notable Medical Findings of 2015 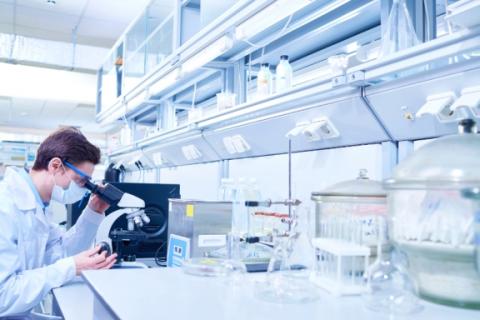 Every week, I peruse around fifteen journals, some featuring basic science, others clinical research and patient cases, and still others a mix. As a specialist in blood diseases and cancer, I pay particular attention to those articles reporting advances, and failures, in my field. But I am also drawn to work on aspects of medicine and biology outside my discipline. These studies may overturn conventional thinking and practice, or they may be connected to a personal experience or the plight of a family member. In assembling a list of notable findings in medicine and biology in 2015, I plead guilty to prioritizing those reports that seemed most meaningful based on the above criteria.

Taking C.P.R. Outside the Hospital

A few months ago, after a swim in the pool at my health club, I walked past the exercise area and saw a middle-aged man riding a stationary bicycle collapse onto the floor. I ran over, assessed his status, determined that he had no pulse and was not breathing, and began to administer C.P.R. Fortunately, the health club has a defibrillator, and one of the trainers arrived with it in hand. We shocked the man three times, and continued C.P.R. until the E.M.T.s arrived. He was taken to a local hospital. I later learned that he had suffered a massive heart attack due to a blockage in his left main coronary artery. This type of heart attack is called a widow-maker, because it injures so much cardiac muscle that death is the usual outcome. This man survived and was discharged from the hospital into a cardiac-rehabilitation program. I now see him working out again in the health club.

A report this year from Sweden highlighted the role of C.P.R. that is performed outside the hospital in saving lives. According to the study, which was published in the New England Journal of Medicine, when a bystander intervened before the arrival of E.M.T.s, the thirty-day survival rate was 10.5 per cent, versus 4 per cent when no such intervention took place. In June, the Institute of Medicine recommended the creation of a national tracking system that would, in part, encourage the teaching of bystander C.P.R. But, as another report and an accompanying editorial in the same issue pointed out, we should rely on more than chance in such settings—for instance, by using smartphones to notify people nearby that C.P.R. is required in advance of the arrival of E.M.T.s. Apps may facilitate the kind of encounters that can be lifesaving.

Slowing the Transmission of H.I.V.

In 1978, I moved from Boston to Los Angeles to begin my fellowship training. I didn’t expect to encounter a new disease there, but within a few years I had. The mysterious malady, which was initially rare, came to be known as AIDS, and soon its underlying cause was identified as H.I.V. By the late nineteen-nineties, researchers had developed more than a dozen antiviral drugs. When used in combination as a so-called cocktail, these agents have dramatically reduced the death rate among infected individuals. But the great challenge of behavior modification remains: H.I.V. is still regularly transmitted through unprotected sex.

This year, a bold clinical trial, led by Jean-Michel Molina, of Hôpital Saint-Louis, in Paris, looked at the outcome of taking antiviral medication just prior to and after unsafe sex. This strategy is not exactly a morning-after pill, but it’s close. The study involved about four hundred people. After nine months, there were fourteen new H.I.V. infections in the placebo group—the two hundred people who had been given inert pills—and only two new infections among those who were given antiviral medication. This trial adapts a clinical intervention to the realities of real-world behavior and will inform public-health strategies to constrain the spread of H.I.V.

This May, a little-known virus called Zika appeared in Brazil, and it has since been detected in Colombia and Suriname. The pathogen was first discovered in 1947, in a rhesus monkey in Uganda’s Zika Forest. In the half-century after its identification, fewer than fifteen cases were reported, all of them in Africa and Southeast Asia. In 2007, it exploded in Micronesia, with nearly three-quarters of the population showing antibodies. Since Zika is mosquito-borne, global health officials expect that it will soon appear in Central America and the Caribbean; after that, it may only be a matter of time before it arrives on our shores. The virus belongs to the family Flaviviridae, which also includes dengue and yellow fever. Zika infections often require hospitalization, and some people have suffered from Guillain-Barré syndrome, in which the body’s immune system attacks the nerves. It has been difficult to control the mosquitoes that carry Zika with insecticides, but scientists may be able to use CRISPR, a gene-editing tool, to breed sterile males. In the past, a similar strategy has curtailed insect populations and the illnesses they carry.

Lessons from the Genome

When the human genome was decoded, in the early two-thousands, some scientists predicted that victory over many maladies was at hand. But, as with every discovery, there was unpredictability in how the new knowledge would be used. Certainly medical advances would occur, but which diseases would they pertain to? Nine years ago, researchers at Washington University School of Medicine, in St. Louis, reported that families with a particular variation in the PCSK9 gene had very low levels of L.D.L. (“bad”) cholesterol. This gave them a markedly decreased risk of developing atherosclerotic coronary heart disease, in which cholesterol and other substances gum up the arteries. In the past, scientists have tended to focus on developing drugs that block the effects of harmful mutations. This year, however, the U.S. Food and Drug Administration approved a medication that mimics the action of the protective PCSK9 mutation, conferring its benefits on people with persistently high cholesterol.

Chronic lymphocytic leukemia, or C.L.L., is a common blood cancer, mainly afflicting older people but sometimes occurring in the young. It is typically indolent initially, but then it can accelerate, causing debility and death as it clogs the liver, spleen, and bone marrow, choking off the normal production of blood cells. The classic approach to treating C.L.L. is to poison malignant cells with chemotherapy, most commonly a drug called chlorambucil. It is an agent of modest benefit whose effects usually wane over the course of a year or so.

In the past decade, scientists have been exploring how cells communicate with one another, receiving signals from outside and transmitting them, through a cascade of molecules, into their interiors. Targeting these molecules can make a treatment more specific and less toxic. This month, in the New England Journal of Medicine, a group of oncologists reported the success of such a strategy with C.L.L. They demonstrated that a drug called ibrutinib, which interferes with the signalling molecule BTK, produced impressive remissions in patients with C.L.L. The effects, moreover, tended to last beyond the end of the clinical trial, with rare relapses. A challenge with many cancers is that they have redundant systems of communication; when one pathway is severed, another can still pass along the messages that allow the cancer to grow and divide. Sometimes, though, as in the case of ibrutinib, disconnecting a single network can lead to dramatic improvement.

I have been intrigued by the controversy over the Open Science Collaboration, a loosely organized group of researchers who seek to reproduce the findings of published studies in a variety of fields. As the head of a laboratory, I know how daunting this can be. Even the most trivial deviation from a technical protocol—culturing cells, quantifying proteins, detecting RNA—can make an experiment difficult to replicate. A basic-science laboratory like mine is a relatively controlled environment compared with the human body, so it’s not surprising that confirming findings from clinical research, particularly experiments involving the mind and behavior, is even harder. In August, the Open Science Collaboration reported that it had reattempted a group of studies from the fields of cognitive and social psychology and failed to reproduce the results of nearly two-thirds of them. This should not be taken as an indication that the original researchers were either sloppy or dishonest. But it does suggest that we should regard such results with a skeptical eye, especially since experimental studies in psychology are too quickly touted in the general media as revealing fundamental truths about our nature.

The Power of a Placebo

I am fascinated by the placebo effect, for both personal and professional reasons. Having suffered a failed back surgery, I spent many years with lumbar pain. Part of my experience was to see how interactions with skilled rehabilitation professionals, even before any physical intervention, relieved some of my suffering. Ted Kaptchuk is a pioneer in elucidating the placebo effect, acting as a nodal point among researchers ranging from anthropology to genomics. This year, he and his colleagues published a paper that highlights how people may be genetically predisposed to, or resistant to, the placebo effect. The relevant genes govern molecules that shape our moods and goal-driven behaviors. Also this year, Kaptchuk published on the ethics of placebos, which physicians once prescribed routinely for diseases that had no remedy. He and his co-authors emphasize how the placebo effect arises not only from swallowing an inert pill from a bottle but also, as I experienced, from the intimate interaction between the sufferer and the healer. Reading these articles, I couldn’t help but recall a headline that appeared in The Onion, in 2003: “FDA Approves Sale of Prescription Placebo.”