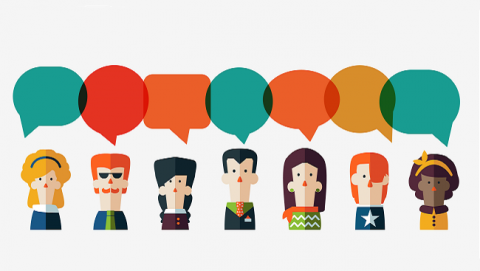 Speaking one language in school and speak another at home can be a "big problem" but new approaches could help, expert says. The United Nations has declared February 21 International Mother Language Day — whose purpose is “to promote the preservation and protection of all languages used by peoples of the world.”

Plenty of languages need that protection. According to UNESCO, 200 languages have died out over the last three generations, and of the approximately 6,000 languages currently in existence, over 500 are critically endangered, about the same number are severely endangered, over 600 definitely endangered, and over 600 unsafe. The main languages spoken natively in the Middle East and North Africa include Arabic, Persian, Turkish, Kurdish, Greek, Berber and Hebrew.

Some of these are better thought of as language families, containing multiple, sometimes mutually unintelligible dialects. If one includes all the main dialects as well as smaller, minority languages, some 60 languages are spoken natively in the region.In most cases, the dialects are the mother language, also known as the home language, Prof. Sharon Armon-Lotem, a linguistics professor at Bar-Ilan University in Israel, told The Media Line.

Armon-Lotem, who also directs the local branch of the Bilingualism Matters organization, said that most children in the Middle East are forced to become multilingual, even within their own language category, because they learn one language or dialect at home, and another, usually more standard form of the language, at school. Home languages should be celebrated, especially on International Mother Language Day, said Armon-Lotem.

It is an opportunity for schools to recognize, honor and support home languages.The fact that most Arabic speakers study in one language in school and speak another at home — a phenomenon known as diglossia — can be a “big problem,” Prof. Elitzur Bar-Asher Siegal, a linguistics professor at the Hebrew University of Jerusalem, told The Media Line.“Most of the Middle East does not communicate in their own language in school,” Bar-Asher Siegal explains. “This is something they actually struggle with.”

The schools teach in Modern Standard Arabic, or Fusha. Arabic media also uses the standard form, as do books. This standard language is seen as uniting the Arab world, he says. But it is generally not the language spoken or written at home. Because of this, Bar-Asher Siegal says, Arabic-speaking children are learning slower and they do not have the same rich level of expression when they speak.

Students are often exposed to additional languages in school, further complicating matters. English and French are widely taught as second languages throughout the region. Hebrew is a required second language in Arab Israeli schools, and Arabic is often offered as an optional second language in Hebrew-speaking Israeli schools. Bar-Asher Siegal points to a few approaches that could be introduced to help students develop a richer level of expression in Modern Standard Arabic and in their own home languages.

Books could be published in specific dialects rather than Modern Standard Arabic only. Also, standard Arabic could be taught from a very young age so it becomes “like another mother tongue. ”The same is true for Persian language. A standard, classic Persian is taught in school and used in literature, while children speak a mother language at home. The three standard varieties of Persian include Iranian Persian, or Farsi, which is spoken in Iran as well as by minorities in Iraq; Eastern Persian or Dari, spoken in Afghanistan; and Tajiki Persian, spoken in Tajikistan and Uzbekistan.

Turkey Turkish, or Istanbul Turkish, is the most common of the Turkish languages and the national language of Turkey. There are, however, more than 30 dialects.Greek is the official language in Greece and Cyprus, and is spoken by more than 13 million people in Greece, Cyprus, Italy, Albania, and Turkey. Aramaic, a Semitic language that was once very prominent, is now spoken in several dialects but is in danger of extinction.

Spoken primarily by the older generations but not handed down to their descendants, it currently the mother language of a small group of people in Turkey who fled from East Kurdistan. The residents of three villages in Syria also use Aramaic as their mother language, but little is known about their current condition due to the Syrian civil war. It is estimated that about 9 million people throughout the world speak some Modern Hebrew, which was revived as a spoken language in the 19th and 20th centuries and is the official language of Israel.

Arab citizens of Israel may speak Hebrew as a second and sometimes third language. In addition, many immigrants to Israel speak another mother language, such as Russian, Amharic, French or English. English is an international language and many students throughout the Middle East also learn English in school or, in some cases, French, also considered an international language and favored in formerly French-ruled countries such as Lebanon and Morocco.