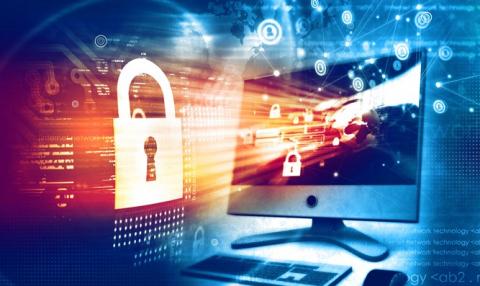 Libertad, the Mossad’s technology innovation fund, said it is open to investing in technologies from a wider variety of fields than before and is calling on startups from fintech, robotics, data sciences and big data, among others, to apply for funding.

The Mossad, Israel’s intelligence agency, will decide to invest in startups if it finds the companies innovative, both technologically and conceptually, and if it deems they have the potential to continue to develop independently in the commercial market.

“We have decided to expand the fund’s scope and open it to a wide range of technologies,” said Libertad’s CEO, whose name is undisclosed for security reasons. “Over the past two years, we have received many applications. Each of the companies was examined, focusing on their innovative technology, the quality of their team and the shared potential from the investment. We made several strategic and high-quality investments and have already seen the benefits they bring to the Mossad. We now call on additional companies and entrepreneurs to approach us. We will be happy to work with the right entrepreneurs.”

Another source in Libertad added that the entrepreneurs the agency has worked with “are very satisfied. The companies we invested in during the first round of investments approached us again seeking follow-up investments.”

In addition, the source said the startups also recommend the fund and refer their colleagues to Libertad, as well was their long-term investors for consultations. Libertad gets “hundreds of applications each year,” the source said. “The purpose of the fund is to make the best investments for the Mossad’s technology and not necessarily the biggest exit strategy.”

Since its establishment in 2017, Libertad has invested in several Israeli startups working in fields that will help the Mossad tackle future challenges, the statement said. The fund sets up a dedicated team to work with each company and pilots technologies that are being developed with end-users, who provide the entrepreneurs with feedback from the field.

The investment into the companies selected is made on an equity-free basis, meaning that the stakes of entrepreneurs and other shareholders are not diluted. And the investment also does not endow the Mossad with any rights regarding developments made after the research and development period is over. In return for its investment, the fund gets access to the intellectual property developed during the R&D period, and a non-commercial, non-exclusive license to use it.

Libertad was set up as a strategic investment arm of the Mossad. Its purpose is to help build the organization’s technological capabilities and create a bridge to the Israeli startup industry. Since its establishment, the fund has received hundreds of applications from both Israeli and foreign entrepreneurs, the statement said.

The Mossad, the Shin Bet security agency and even the Israeli army are stepping out of the shadows and opening up to working with civilian firms, as greater cooperation is needed to win battles that are moving from the field into the cyber and digital spheres.

Both the Mossad and the Shin Bet security service openly take part in cyber events in Tel Aviv to recruit new talent for their technology units. They are also struggling to retain skilled employees, as the tech sector of the startup nation and its high salaries are drawing the best of talent.