More Americans sympathize with Israel than the Palestinians 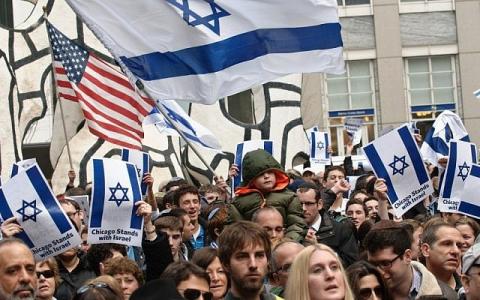 A majority of Americans still sympathize more with Israel than the Palestinians in the ongoing conflict, but the percentage of support has dropped to its lowest since 2009. Some 59 percent of Americans said they sympathize more with the Israelis, a new Gallup poll found, down from 64 percent in 2018, and 21 percent with the Palestinians, unchanged from last year. The 59 percent matches the figure from ’09.

The slippage hit both Democrats and Republicans:

* Democrats sympathized with Israel at 43 percent — the lowest level of Democratic partiality toward Israel since 2005 — down from 49 percent in 2018. The highest decline in net sympathy for Israel — the percentage of those who sympathize more with Israel minus those sympathizing more with the Palestinians — has taken place among liberal Democrats, from plus 17 between 2013 and 2016 to plus 3 between 2017 and 2019. Nearly as many liberal Democrats sympathize with the Palestinians now, 38 percent, as with Israel, 41 percent.

* Among Republicans, 76 percent they sympathize more with Israel fell to 76 percent following an all-time high of 87 percent. But Conservative Republicans remain the most sympathetic to Israel at 81 percent.

In addition, 69 percent of U.S. adults view Israel very favorably or mostly favorably, down from 74 percent last year but within the 66 percent to 72 percent range seen between 2010 and 2017. The figures are part of Gallup’s annual World Affairs survey conducted each February.

The poll took place Feb. 1-10, before recent statements by freshman Rep. Ilhan Omar, D-Minn., questioning U.S. support for Israel and suggesting that some supporters of Israel are pushing for “allegiance to a foreign country.”