A million species are at risk of extinction 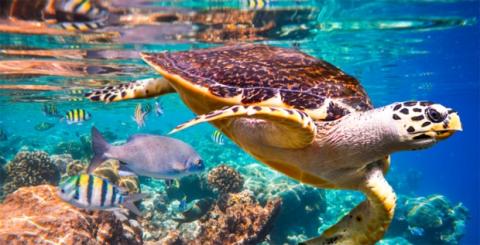 A few years ago, a team of researchers in Europe wanted to figure out the answer to a simple question: How long would it take for evolution to replace all the mammal species that have gone extinct in the time humans have walked the earth?

Some 300 mammal species have died off since the last ice age 130,000 years ago. Their answer: It would take 3 to 7 million years for evolution to generate 300 new species. Humans have been around for about 200,000 years. That’s a blink of an eye in terms of the age of the planet. Nevertheless, in that time, we have caused damage that may well last longer than our species itself.

I bring up that study because it’s helpful to understand the implications of a new, separate, sweeping report from the United Nations. The lesson: The damage we do to biodiversity in our lifetimes may never really be undone.

On Monday, the UN’s Intergovernmental Science-Policy Platform on Biodiversity and Ecosystem Services released a summary of an upcoming 1,500-page report on the state of biodiversity on Earth. The report has 145 authors from 50 countries, and it sums up about 15,000 scientific papers on the threats against life in the age of humans. (The report itself has not yet been released. On Monday, the UN released a 40-page summary of its findings for policymakers and the media.)

The report’s findings are stark. It finds that species of all kinds — mammals, birds, amphibians, insects, plants, marine life, terrestrial life — are disappearing at a rate “tens to hundreds times higher than the average over the last 10 million years” due to human activity.

In all, it warns, as many as 1 million species are now at risk of extinction if we don’t act to save them; that number includes 40 percent of all amphibian species, 33 percent of corals, and around 10 percent of insects. It amounts to a biodiversity crisis that spans the globe and threatens every ecosystem. The results echo much of what we already know: Life on Earth is in peril.

Earlier this year, the World Wide Fund for Nature (WWF) released its biennial Living Planet Report, a global assessment of the health of animal populations all over the world. They found that the average vertebrate population — that is, the average size of any given species population in the organization’s database, whether it has 10,000 individuals or 10 million — has declined 60 percent since 1970.

Why do we have this biodiversity crisis? The new report breaks it down into five main factors, but the presence of humanity looms over them all. And you’ll see that while the biodiversity crisis is related to, and fueled by, the climate crisis, it’s also distinct from it.

To solve the biodiversity crisis, it’s going to take more than the actions of individuals, the report indicates.

In short, it’s a monumental task. As it stands, the report states “goals for conserving and sustainably using nature and achieving sustainability cannot be met by current trajectories.” If anything, the problems are accelerating.

In 2020, the UN is convening a global conference in China to set new decade-long goals to preserve biodiversity.

What we lose when we lose species

Each species’ genetic code is like the sheet music of a symphony, each letter of its DNA a musical note, written, rewritten, edited, and reshaped over millions of years. Losing these species is like losing a great work of art, or a tremendous library. The death of a species is the death of a tremendous amount of natural history. Nature is a slow author; humans kill with vicious efficiency.

When we lose species, we lose access to learning about their biology. Last year, scientists discovered that a rare species of corn essentially makes its own fertilizer. It’s possible that biologists will figure out how to add this trait to other plants, boosting their productivity while lessening the need for chemical fertilizer, which is hugely polluting. If that species had gone extinct, we wouldn’t have access to this potential biological tool. When we lose species, we lose out in finding potential drugs made by nature that could help cure human diseases.

And we lose out on the rich ecosystems those species help sustain. What happens when pollinators like bees die off? It means flowering plants don’t produce new seeds.

The biodiversity crisis also means we’re potentially setting ourselves up for a food crisis. Increasingly, the world’s diet is homogeneous. “Fewer and fewer varieties and breeds of plants and animals are being cultivated, raised, traded and maintained around the world,” the report says. If a disease were to wipe them out, we couldn’t necessarily turn to nature to find new sources of food.