Medical Center "Sheba" - one of the best in the world 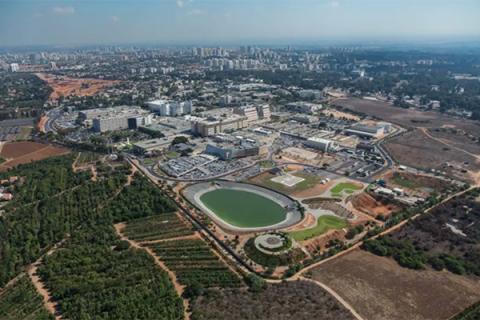 Sheba Medical Center at Tel Hashomer has been named the ninth best hospital in the world by leading US magazine Newsweek, climbing one place since last year's rankings.The hospital, located east of Tel Aviv, is Israel's largest medical facility and cares for approximately 1.6 million people annually. The hospital is also home to more than one-quarter of all Israeli clinical research.

The weekly magazine cited the hospital's collaborations with biotech and pharmaceutical companies worldwide to develop new drugs and treatments, in addition to research specialities including cardiology, cancer, brain diseases and genetics. The Rochester-based Mayo Clinic led the global rankings for a second year, followed by Cleveland Clinic and Massachusetts General Hospital.

"The selection reflects another year of excellent and advanced medicine, breakthrough research and world-leading innovation," said Sheba Medical Center director-general Prof. Yitshak Kreiss, a former IDF Surgeon General who has headed the hospital since 2016."I am happy and proud of each one of our 9,131 dedicated and professional employees who think outside of the box every day. The continued rise in the rankings puts us in line with the world's leading hospitals.

As in every situation, and especially today when we are leading the national effort to treat the coronavirus, it is a privilege to provide the Israeli population with the best medicine in the world."Taking to Twitter, President Reuven Rivlin also congratulated the hospital for this achievement."Congratulations to Sheba Medical Center, ranked 9th best hospital in the world," he tweeted."I spoke to Prof. Yitshak Kreiss... and thanked him for their dedicated care of patients with #Coronavid19 in the special isolation unit set up for the purpose."

Sheba Medical Center was tasked with establishing Israel's first facility for the quarantine and treatment of individuals who test positive for the novel coronavirus, and citizens who returned from the Diamond Princess cruise ship in Japan.In addition to the hospital's technologically-advanced Special Hospitalization Isolated Unit, health authorities have also instructed Rambam Health Care Campus in Haifa and Barzilai Medical Center in Ashkelon to prepare for the arrival of patients with the virus.