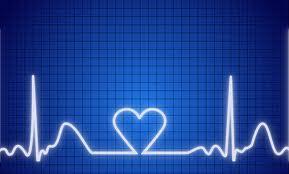 Marriage is good for the health, but it isn't so beneficial "in sickness," new research finds. Previous studies have consistently found that people who are married report better health than people who aren't. But marriage may not do much to help people who are seriously ill, the study finds. On top of that, married people overestimate how healthy they are.
"The married don’t seem to report their health as being poor until they've already developed much more severe health problems," study researcher Hui Zheng, a sociologist at Ohio State University, said in a statement. "They have a different threshold for what they consider to be bad health compared to unmarried people."

Zheng and his colleagues analyzed data from 789,000 people who took the National Health Interview Survey from 1986 to 2004. The U.S. Census Bureau runs the survey, which has been ongoing since 1957.

One survey question asked respondents to rate their own health as either excellent, very good, good, fair or poor. This self-report has been shown to be a very accurate portrayal of a person's physical health, and in some cases, Zheng said, can be a better predictor as to whether someone will die in the short term than a doctor's diagnosis.

The researchers examined how this self-reported health assessment related to marital status and mortality risk over a three-year period. [6 Scientific Tips for a Successful Marriage]

They found that, in general, married people were less likely to die within three years than people in all other categories, including those who were never married, divorced, widowed or separated. Someone who has never been married who self-rates his or her health as "excellent" is twice as likely to die within three years as a married person in excellent health, for example. (These findings took into account demographics such as age).

But there was some nuance to the health question. The poorer a person's health at the study's start, the less their marital status mattered in mortality risk. For never-married peop{VID:null}le, each decrease in health from "excellent" to "very good" and down was linked to a 12-percent decrease in the short-term risk of death compared with married people in the same category. In the "poor" health category, there was no mortality difference between married and unmarried people.

"These results suggest that marriage may be important for the prevention of disease, but not as helpful once people become seriously ill," Zheng said. "That's why we see a protective effect of marriage when people are in excellent health, but not when they are in poor health."

The researchers found the same results when they used a different, objective measure of health, the ability to handle routine activities of daily living such as bathing and cooking. Married people don't rate their health as poor until they've developed more severe health problems than unmarried people, the researchers found. So someone who is married and says they're in poor health may actually be worse off than a singleton in poor health. The difference could help explain why the benefit of marriage seems to vanish in the poor-health category.

Social support received from a spouse may make it less obvious to a person that their health is deteriorating, Zheng said. But the end result is still premature death. "Marriage is helpful in persuading people to adopt a healthy lifestyle that can lead to a longer life," Zheng said. "But it is not as useful in helping people recover from a serious illness."

The researchers report their results in the March issue of the Journal of Health and Social Behavior.