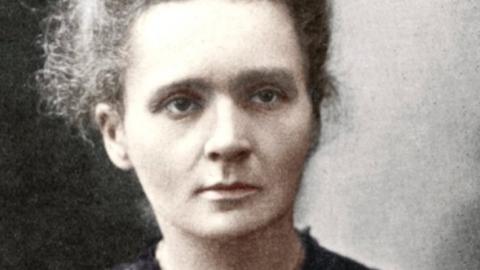 Marie Sklodowska Curie, born Maria Salomea Sklodowska on 7 November 1867 in Warsaw, Kingdom of Poland , was a Polish and naturalized-French physicist and chemist who carried out pioneering research on radioactivity, a term that she coined. Curie was the first woman to win a Nobel Prize. She became the first person to win the Nobel Prize twice. She is still the only person to win Nobel Prize in two different sciences: in physics in 1903 and in chemistry in 1911.

Marie Curie founded the Curie Institutes in Paris and in Warsaw, which remain major centers of medical research today. During the First World War, she developed mobile radiography units to provide X-ray services to field hospitals.

While a French citizen, Curie always maintained her Polish identity. She taught her two daughters the Polish language and took them on visits to Poland. She named the first chemical element that she discovered—polonium, which she isolated in 1898—after her native country.

Marie Curie died on 4 July 1934 at 66 at the Sancellemoz sanatorium in Passy, Haute-Savoie, France, of aplastic anemia from exposure to radiation in the courses of her scientific research and her radiological work at field hospitals during the First World War.

This month, on 7 November 2017, we will mark Curie’s 150th birthday and in her honor, I prepared the following birthday brainteasers and arithmetic curiosities (many of the outcomes below only work using the European day-month format for dates, so I've used that style throughout):