Made in Israel: Intel launches most powerful processor 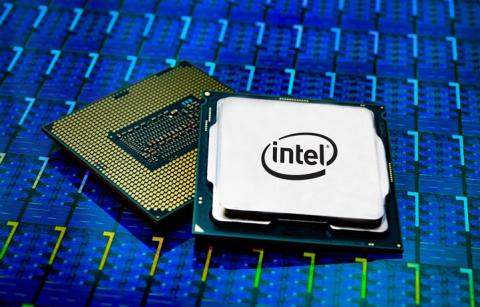 “Our new 9th Gen platform is designed to delight gamers, creators and performance users by giving them more of what they want,” said Fredrik Hamberger, general manager of the Premium and Gaming Laptop Segments at Intel. “We are bringing desktop-caliber performance with up to 5 Ghz and 8 cores in a range of thinner systems and new level of connectivity with Wi-Fi 6 (Gig+) so users can game or create where they want.”

Starting Tuesday, the new generation of processors will be on sale in laptops produced by companies including Acer, ASUS, Dell, HP, Lenovo and MSI. According to Intel, there are approximately 580 million enthusiast PC gamers and 130m. PC-based content creators today, and the new processors will offer improved handling of demanding “blockbuster” games as well as editing, rendering and transcoding 4K-quality video.

Santa Clara-headquartered Intel employs nearly 13,000 workers in Israel, exporting products worth $3.9 billion from Israel in 2018 and procuring local materials and services worth $1.7b. In January, Intel announced plans to invest approximately $10.9b. in the company’s Israel-based operations to construct a vast production facility in the southern city of Kiryat Gat. The expansion is expected to add 1,000 new employees to Intel’s existing workforce.

The new factory is expected to span some 370,000 sq. m., and the land will be allocated by the government without having to go through a tender process. Intel’s decades-long and multi-billion dollar collaboration with Israel will be estimated to be worth approximately $50b. once the latest investment is finalized. Intel will receive a grant of about $1b. from the Israeli government for its investment plan.