Lower prices on fruits and vegetables help save thousands of lives 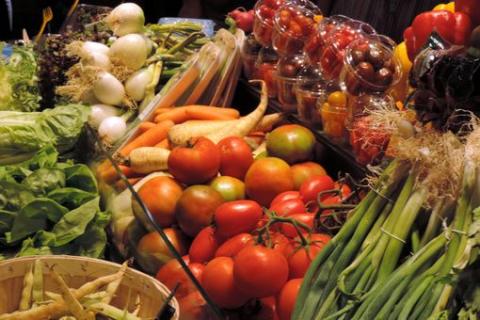 Lowering prices on fruits and vegetables may be more effective in reducing heart disease than mass media campaigns over 15 years, according to an updated analysis presented at the American Heart Association's Epidemiology/Lifestyle 2016 Scientific Sessions.

Dietary patterns that reduce fruit and vegetable prices by 10 percent through 2030 could lower the death rate from heart disease and stroke about 1 percent, saving about 64,000 to 69,000 lives over a 15-year period. A 30 percent price drop was modeled to be the most effective in saving lives - diminishing the death rate by almost 3 percent, saving between 191,000 and 205,000 lives over 15 years.

In comparison, researchers reported that a year-long mass media campaign promoting fruits and vegetables could reduce the cardiovascular death rate by about 0.1 percent, or 7,500 to 8,300 lives. A media campaign lasting 15 years, reduced the rate by 0.3 percent, or 22,800 to 24,800 deaths over 15 years, the study found.

Price reduction policies would affect non-Hispanic whites and blacks equally. In comparison, a mass media campaign would be about 35 percent less effective in preventing deaths from cardiovascular disease in non-Hispanic blacks.

"Poor diet is a large contributor to cardiovascular disease, which is the biggest killer in the United States. Governments must therefore implement effective dietary policies to tackle this growing burden," said Jonathan Pearson-Stuttard, lead researcher and academic clinical fellow and public health registrar at Imperial College London. "Both mass media campaigns and achieving price reductions of fruits and vegetables are important tools in achieving this."
For estimates, researchers from the Friedman School of Nutrition Science and Policy at Tufts University and the University of Liverpool created a model called the U.S. IMPACT Food Policy Model. The model includes projections of U.S. demographics and cardiovascular death rates to 2030, plus current and projected fruit and vegetable intake. The model allowed the team to simulate the effects of various policies on dietary habits, and the impact of change in those habits on heart disease and stroke risk. The researchers then compared how many people would be expected to die over 15 years if nothing changed, versus the expected numbers if each policy had been launched, to see how many lives would be saved.

"Strategies that increase the awareness, availability and affordability of healthy foods such as fruits and vegetables should be harnessed and adopted by the U.S.," said Dariush Mozaffarian, M.D., Dr.PH, principal investigator on the overall NHLBI grant and dean of the Gerald J. and Dorothy R. Friedman School of Nutrition Science and Policy at Tufts University. "Further, policies aimed at subsidizing fruits and vegetables could have more equitable effects upon health across race and ethnic groups. And crucially, this can be achieved quickly."