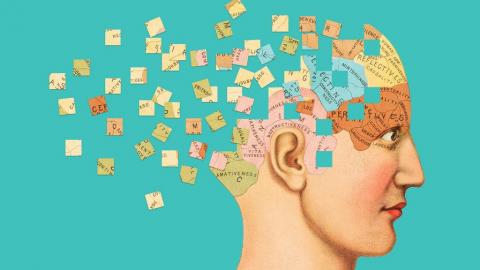 Poor mental health can speed up a person’s aging process more than smoking or certain diseases, according to a new study. Humans have two different ages: There is chronological age, which measures how much time a person has spent on Earth, and then there is biological age, referring to how old a person seems. Many lifestyle factors like diet, exercise and psychological state can affect someone’s biological age.

A new study from Deep Longevity, a Hong Kong-based longevity company, the Chinese University of Hong Kong and Stanford University found that feelings that cause poor mental health like sadness, loneliness and general unhappiness add an extra 1.65 years to a person’s biological age.

Meanwhile, smoking can add up to 1.25 years and suffering from restless sleep can add 0.44 years to a person’s biological age, according to the study. As part of the study, researchers said they came up with a new “aging clock” based on data from 4,846 Chinese adults in 2015 as part of the China Health and Retirement Longitudinal Study.

The data included 16 blood biomarkers like cholesterol and glucose levels as well as other health information like blood pressure, body mass index, lung function and sex. Researchers compared the chronological age of CHARLS participants with the ages predicted by their new “aging clock.” The results found that the new age was roughly 5.6 years older than the CHARLS participants’ actual ages.

The team also found that smokers and those with a history of stroke, liver or lung disease were predicted to be older than the remaining 4,451 healthy adults in the cohort. Other environmental factors like marriage status, rural setting and access to health care affected biological age, the study also found.

The role that psychology plays in the aging process has long been underestimated.