The limits of Israel's online hasbara 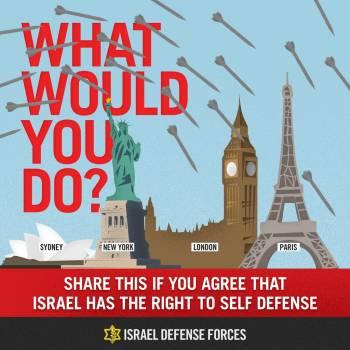 With the Israeli offensive in Gaza, the generals of Israel's public relations say they are 'ruling Facebook' and 'winning on Twitter.' Deserting the Internet is not an option, but Israel has to acknowledge its limitations. Hasbara can achieve at most a tie.

Long before the cabinet authorized the Israel Defense Forces to call up 75,000 reserve troops, masses had already flocked to the flag. High-schoolers, students, good Jews from the Diaspora, all heeded the call of the Electronic Hasbara Force to engage in public diplomacy and have been serving ever since in virtual Iron Dome batteries and the trenches of the social networks. They’re busy intercepting every Palestinian calumny and launching missiles with warheads full of facts and crushing arguments for Israel’s rightness and its army’s moral superiority.

While the reservists were streaming to the front, the regular forces were already doing battle: the IDF Spokesman’s Office, the National Information Bureau, the Public Diplomacy Ministry, the Foreign Ministry’s public affairs consuls, the Government Press Office, the Jewish Agency and various voluntary Jewish organizations. Israel's case was never served by such a wide array of advocates wielding swift and deadly instruments. Every drone circling in the skies above Gaza transmits pictures not just to the air force and intelligence branch command posts but also to a special war room at the IDF Spokesman’s from where footage is disseminated to the media and internet at breathtaking speed. The best images of targeted assassinations are perfectly timed for the evening prime-time news bulletins. In the war room are military censors who have never before been so lax regarding the release of classified material for public consumption.

“Closing the circle” has become a byword in recent years within the IDF for the time that elapses between “acquiring” a target through surveillance cameras and the moment it is taken out by a smart missile. In Operation Pillar of Defense, the term has taken on an additional meaning – the time between a strike in Gaza and the appearance of the footage on Israel’s Channel 2.

The generals of hasbara have already declared victory. We are “ruling Facebook” and “winning on Twitter,” they say. No one will ever complain again that the IDF prevails on the battlefield while losing the media war.

A commission of inquiry, if one is formed after the operation to investigate how it was conducted, will find no fault this time in the PR campaign. They were all smooth operators, checking in their egos until after the cease-fire and achieving near-perfect coordination between the departments and units. Lie-detecting units are constantly monitoring the hostile international press and each day a snappy video is produced presenting “the 10 lies of Hamas” accompanied by a catchy theme tune. But at the end of the day, will anyone ask the critical question – what did we get out of all this?

One veteran government spokesman who has seen a few wars and operations observed drily that “we’re doing a great job and constantly patting ourselves on our backs but the moment we have another Kafr Qana tragedy, all this will be worthless” – referring to the deadly Israeli bombing of a Lebanese village in July 2006 during the Second War.

He’s right. You can cut and polish diamonds, but there’s no way to transform a bombed-out house with its residents still inside and dead babies being dug out of the rubble into a PR coup. The claims – as true as they may be – that the house was used as a Hamas headquarters or Islamic Jihad missile storage facility convince only those already convinced. The rest of the world sees only the blood. And while Israel is justifiably proud of the technological wonder that is the Iron Dome missile defense system, the other side is leading in the blood and fear stakes.

Nineteen-year-old soldiers compete with each other to come up with wickedly cynical tweets on the IDF’s official Twitter account, which actually represents all Israel’s citizens, delighting its supporters around the world. Those who are on no side are filled with horror at the lack of compassion evident in the gallows humor. (In the last couple of days, a responsible adult seems to have reined them in a bit.)

What is the real importance of this massive presence on the social networks? You can’t forsake this front nowadays, but unlike the actual fighting on the borders where there are commanding positions, numerical superiority and tactical dominance, the virtual battlefield is infinite and all you need is a computer or a smartphone. The Internet war deletes an organized and well-equipped army.

A quick Google search reveals the unwelcome news that in fact, Israel is not winning on Facebook or Twitter. The supporters of the Palestinians are fighting back, there are many of them and we are not convincing them.

Israel still has the somewhat limited support of the U.S. administration and European Union, but this is not due to the PR efforts, only geopolitical interests. The leaders who do criticize Israel don’t take their orders from the social networks and are not busy checking Facebook statuses. Reporters and editors around the world are swamped with material from both sides; they pick and choose to create a narrative that fits their preconceptions.

Neglecting the info-wars or deserting the Internet is not an option for Israel but it has to acknowledge its limitations. Hasbara can achieve at most a tie. The electronic stalemate between Israel and Hamas has created also an equivalent perception of either side. It’s no longer an orderly sovereign state fighting a terror militia in a tiny coastal strip but two Twitter accounts wrestling with each other.